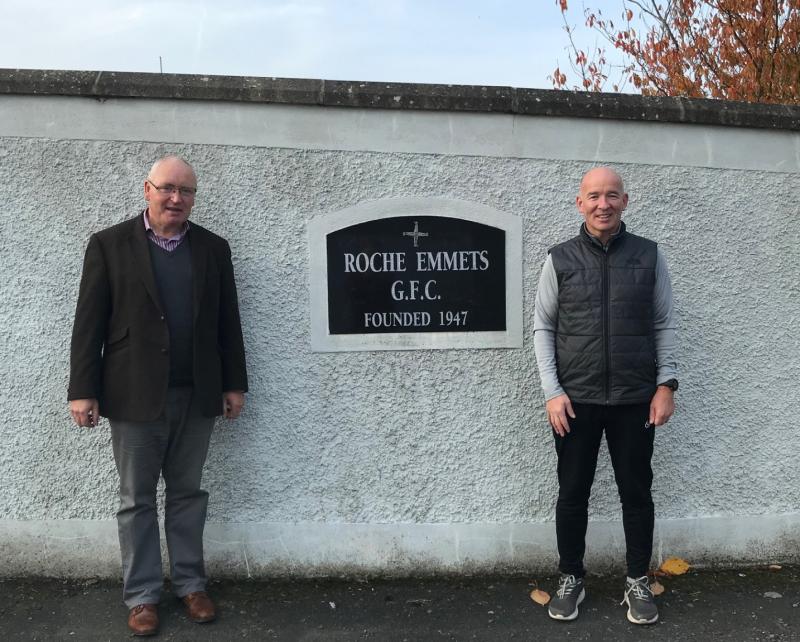 Councillor John Reilly has questioned the location of the mobile masts built across the county as part of the next phase of the National Broadband Development Plan.

In 2019 it was announced that the Government was to invest €33 million to deliver high-speed broadband to Louth, with 8243 homes across the county to benefit from the scheme.

Nine Broadband Points were announced with six of those put in place by October of 2020 and the rest due to arrive in the year ahead but at last weeks meeting of the Dundalk Municipal District, the Fine Gael councillor questioned the location of two of these connection points.

“Stephenstown Pond has one and I believe it is all shut down at the moment and the ducks are the only ones that can log onto it,” he claimed, “also Port beach has one of these masts. I can’t understand the logic of putting one beside the beach.”

“I associate the beach with going for a walk, a swim, a picnic or maybe if you were very lucky in your young years, a little courting. Who picked the criteria for these? Was the mast assembled at those places for recreation, I think the beach is a place for recreation, not a workplace”

The Kilcurry native has been campaigning to get a broadband connection point For Roche Emmets, believing that their GAA grounds are a much more suitable location for what the services bring to an area.

“I’m trying to get a digital hub at Roche football club, out where I live, and it has been unsuccessful. They want to accommodate schoolchildren that cannot get their homework done. This mast is not being utilised at Stephenstown, can it be moved to a community centre where people can use it?”

Their chairman Alan O’Connell believes that the service was necessary in the area, as for those needing to work from home the services at Stephenstown Pond were too far away.

Internet in the region has long been a problem however the pandemic has highlighted the immediate need for improvements, which have long been neglected in the area leading to the hope that they could provide the answer.

“There is no fibre broadband in the area and broadband services are poor throughout the region, so we did look for something in the range of specialised broadband, but we weren’t successful in getting that” he stated.

“We are told Fibre is coming and I know it is actually close to the club, less than half a mile away there is poles but they haven’t been extended into the club yet. It is vital we get that sorted, as apart from the GAA club there is about six businesses along the same road where people cannot operate from their homes.”

As part of the Louth Leader Development run by the county council, the GAA club has been able to integrate itself as more than just a sports facility, creating walking tracks for safe exercise for all along with initiatives like Cupan Tae that before COVID-19 brought people from across the parish together through tea, scones and a friendly chat.

Their chairman believes an internet hub was the logical next step as they looked to continue their bid to become a hub from all in the community.

“Our next initiative was to look at could Roche Emmets be a place where we could have a digital or community hub? So people who didn’t have good broadband and that includes most of us living in the parish could work from it if needed in pods where they are socially distanced from others.”

“We have the carpark, the rooms, the lighting and heating needed but we would need some support around other infrastructures. Essentially we have all the basics required for this, but we unfortunately don’t have the broadband to follow up on it.”

In response to Cllr Reilly’s queries Louth County Council’s Director of Services, Frank Pentony said that the council had approached every local authority about putting the community hubs throughout the county but many of the areas they identified were not seen as poor service areas.

“The reason for the ones on the beaches, that was a suggestion from the Department, they wanted us to have a certain amount of cases not for necessarily doing business but if you are on the beach and close to buildings you could have broadband and internet on your phone.”