Louth woman shares her story as she looks to educate the public on International Epilepsy Day. 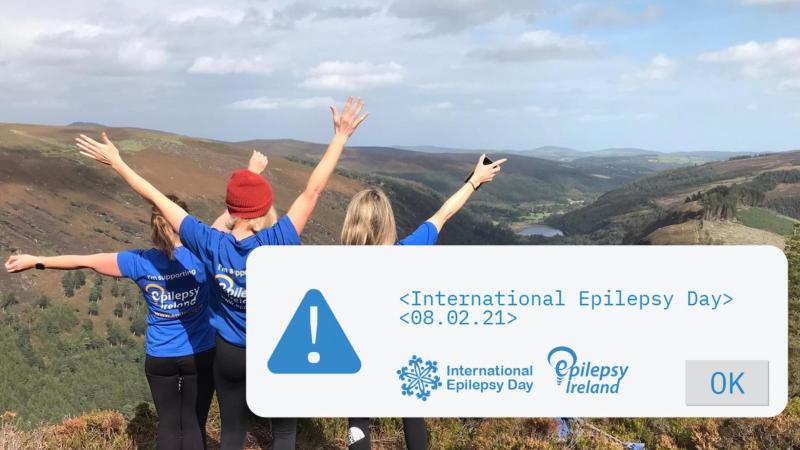 International Epilepsy Day this year falls on the 8th of February and looks to educate the general public about the illness.

Today sees the return of International Epilepsy Day, a day that provides a platform for people with epilepsy to share their experiences and stories with a global audience.

The annual event, which happens each year on the second week of February seeks to raise awareness and educate the general public on the true facts about epilepsy and the urgent need for improved treatment, better care, and greater investment in research.

Epilepsy is a central nervous system disorder in which brain activity becomes abnormal, causing seizures or periods of unusual behaviour, sensations, and sometimes loss of awareness and is a condition anyone can develop.

Amíe Murphy is a young woman from Louth who suffers from the disorder and believes the main awareness the public needs to hear about is the several type of effects it can have on different people.

“When you say you have epilepsy sometimes people just straight away think of tonic-clonic seizures where the person is shaking on the ground and never think of absent seizures. My epilepsy is more like I zone into my own world and cannot deal with things for whatever length it takes” she stated.

“Some people don’t know enough about epilepsy and aren’t educated on the types of fits that can happen. It’s the one thing that more people need to know that there are other types of seizures.”

Despite what many believe, suffering from epilepsy does not have a huge effect on her day to day routine, in general getting on with life without any troubles working and socialising like anybody else.

She believes that keeping busy is the key to maintaining a healthy relationship with epilepsy, stating that while working over Christmas she had little time for seizures as her job kept her mind occupied.

“When I was working in Tesco, I was too busy to take a seizure and sometimes it is when I am at home doing nothing is when a seizure might happen. Keeping busy day to day is very important for keeping my mind at ease and keeping the seizures to a minimum.”

While the 22-year-old was fully employed over the Christmas, in the past she has faced discrimination because of her condition, with an employer actively changing their opinion of her out of the blue because of her suffering from epilepsy.

“I went for interview and the man told me I had the job, my pay, the hours he needed me, and this is two or three years ago, he then asked me had I any illnesses which is the one question I hoped he wasn’t going to ask but yes I do have epilepsy but I’m still able to work”

“Suddenly his mouth dropped and he was not looking for staff at the moment and he would call me in a couple of days which he did saying they weren’t looking for staff so I was a bit upset, as some people think we aren’t capable of doing stuff.”

The Bellurgan native is well aware that people tend to stop and stare when they see a person having a fit but was keen to let the public know they can see you and to try and give them the space they need to get over the seizure.

“A friend of mine took a tonic-clonic seizure and people were looking over and while some did look away it is very mindful that they are staring at him thinking what is happening or getting a bit scared of what is going on.”

“Try not to stare and create an audience for those having a seizure, that is very important way of helping them out.”

While raising awareness around the topic of epilepsy was her main priority, Ms Murphy was also keen to give vital advice for dealing with friends or family when they suffer from a seizure.

“Only two percent of people with epilepsy are effected by flashing lights but when they are in a seizure don’t put any objects in their mouth at all and if the seizures last over three minutes then you must ring an ambulance.”

“If it is a tonic-clonic seizure try and find something soft to get underneath their head as the way people tend to shake often leads to them injuring themselves by banging their head off the ground.”