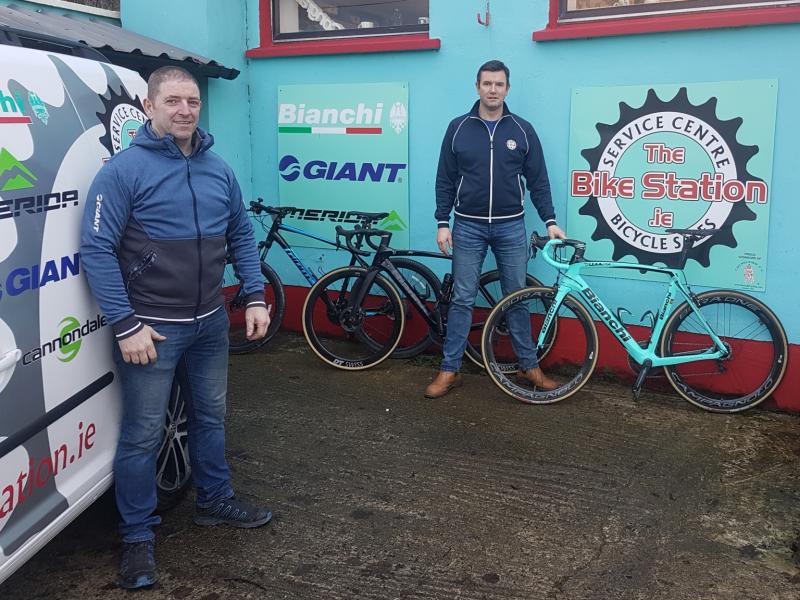 As most retail outlets are forced to close their doors to the public as we continue to fight against the spread of Covid-19, online shopping has become the norm with a reliable connection on both sides vital for keeping the economy going.

But when that internet connection does become poor it can be catastrophic according to local entrepreneur Karl Dolan who runs three different firms from his base in Rathduff.

“Effectively we can’t run the shop, we are left without tills, cannot take credit card payments, won’t get phone calls in or out” stated the owner of the Bike Station.

"We are left needing to use calculators, having to try to take notes of money, left to write down credit card numbers to put them through later when it comes back up again. People are looking for prices and we cannot access suppliers. Everything is completely dependent on the internet.”

Unable to get a decent broadband service, Mr Dolan has been forced to utilise the services of local company Net1, who provide internet through there many masts in the mountains, however the quality is completely at the mercy of the elements.

“It works on radio waves; they have a mast located in various places on the side of the mountains and a receiver we have is pointed towards those masts and that’s how we get a signal.”

“You need to have a clear run of sight so if anything gets between them and breaks it up you lose the signal, like after real heavy rain or snow or even high winds, they all have an impact on the quality of the signal.”

The service has allowed him to continue running the business and was keen to stress without the help of Net1 the company would be “completely stuffed” although he knows well that the service has its limitations which can be seen among his fellow businesses in the area.

“A neighbour of mine is just a kilometre away and he uses the same company Net1 and it is next to useless to him, we are slightly better positioned in terms of we have a better line of sight but it doesn’t work at all for him, completely isolating him and there’s a number of businesses here in the same boat.”

In 2019 it was announced that the Government was to invest €33 million to deliver high-speed broadband to Louth, with 8243 homes across the county to benefit from the scheme.

Dolan, who also runs Trend Trophies from his premises had taken any news of progress well in the past but has grown more and more frustrated by the current developments as his area of the county continues to be neglected.

Nearby Hackballscoss has had access to broadband as part of the roll out plans, although despite being just three kilometres away they have yet to see any improvements in their area despite years of waiting on the service to reach them.

“That must be five or six years ago and we were always under the impression that we were the next phase and I don’t know if it was with Eircom or a battle with the National Broadband Plan but nothing has been happening.”

“How long have we been listening to these promises about the broadband? Was it five years ago they signed a contract to say it was going to happen and we are still waiting on it?”

The former competitive cyclist is in the process of creating a new website for the Bike Station yet is worried that an unreliable connection will be detriment to the site’s possible success in a new world where access to the web is a vital resource for modern life.

“We are in the process of putting together a new website, that has got to be based on having live access to information and being able to process orders in a speedy fashion.”

“Getting access to fast broadband for this purpose is critical to its success, I suppose it is almost like having to function without water or electricity, you just have to have it in this day and age.”