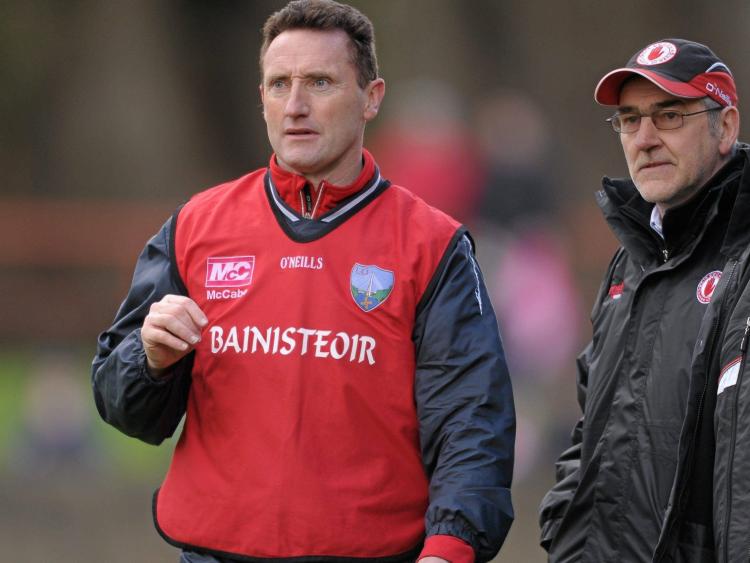 There is growing speculation that the resumption of inter county football will be put on hold until at least March as the country continues to deal with Corona Virus Pandemic.

The Allianz National League was due to get under way on February 21st but could be pushed back until the end of March at the earliest, depending on the rate of Covid19 cases in the country and what restrictions are in place.

Peter Fitzpatrick, chairmen of Louth GAA is awaiting clarification on the matter from Croke Park but is sceptical that football will commence in the short term given the current high level of cases.

“When you look around geographically there is a lot hotspots around the country and the way it is at the moment, we are still on level five” stated the former player.

“I believe until it’s down to a minimum of level three there will be no intercounty football played at all. With thousands a day contacting the virus it isn’t looking good for football.”

The former Louth manager knows full well what preparations are needed to be in top shape for the season ahead, however he fully backs the decision by the GAA to ban collective training as they look to curtail the spread of the virus.

“The numbers are very serious in the county and everyone should be taking it very seriously, you can’t really put a cluster of 44 people together even though they maintain you are 20 times less likely of contacting the virus outside as inside.”

“The rules are the rules, and we are just waiting to get the guidance from Croke Park. We have done a lot of work before Christmas and as long as every county abides by the rules there will be no problem.”

While the Senior team is the current focus, the county board has not forgotten the club scene and has already made provisional plans for action to begin in April, with the Championship getting under way later in the Summer but stressed that safety for all was their main priority.

“We are ready to start our subsidiary league in April just to keep the club football scene going with no inter county players involved but right now no one knows exactly what is happening. It is just too serious to speculate what might happen going forward.”

“People like being involved in sport just to get away from life and get a break but at the end of the day it’s all about the well-being of people. Keeping our players, coaches and supporters safe and healthy is our most important target.”