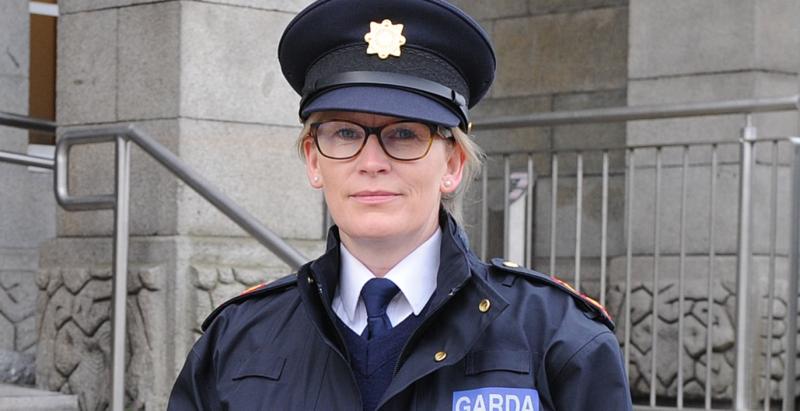 Superintendent of Dundalk Garda Station Michelle Baker warned the small number of local people not adhering to the travel restrictions that they could be fined if they don’t adhere to the rule.

Gardai can now hand out on-the-spot fines of €100 to people who are found going beyond the 5km Covid-19 travel limit and refuse to turn back as part of new powers introduced last Monday.

Gardaí say they are continuing to police by consent and that enforcement is a last resort.
Superintendent Baker told the Democrat that the vast majority of people in the area are complying with the 5km travel restriction and she hopes the fixed charge notice will be a deterrent to the small percentage of people breaching the safety measure.

Supt Baker said potentially local gardai may have to issue fines but hopefully that wouldn’t need to happen.

Supt Baker said: “Since Christmas people are really aware that the situation is bad, particularly in Louth which has a very high rate of positive Covid-19 cases.

“People are very aware of the dangers and as a result people in the area are mostly adhering to the 5km travel restrictions in place.

“There is a good level of compliance in the area.

“Gardai are very much working in the area encouraging people and explaining to them the reasons why they need to stay at home or within their local area inside their 5km radius except for essential travel.

“There is now the fixed charge notice available to gardai for people that refuse to adhere to the 5km travel restriction.

“We haven’t had to issue one yet as it was only introduced last Monday.

“There is only a very small percentage of people in the area not adhering to the travel restriction and hopefully the fine will be a deterrent for those who are not complying.

“The fixed charge notice is a useful deterrent and hopefully the small amount of people in the area who are not compiling will think twice now about going past the 5km restriction except for essential business.

“Hopefully local garda will not have to go there with fines but if the small percentage of people who are not complying continue to do so then potentially, we will have to issue fines.”

Gardaí escalated their policing response after beauty spots across the country were packed over last weekend with visitors outside of their 5km limit.

However, Supt Baker, who took the position in December becoming the first female Superintendent at Dundalk garda station, said people travelling to local beauty spots such as Carlingford, the Cooley Mountains and Gyles Quay, was not an issue.

“The majority of people are doing the right thing and working together, which is great”, Supt Baker said.

“There isn’t a household that hasn’t been affected by Covid-19 in some way and now with the closure of the schools the majority of people are really realising the seriousness of the situation and re-focusing their efforts to comply with the safety measures in place.

“The pandemic is having a direct impact on people’s life and there is a heightened awareness of the seriousness of the situation.

“We are not really getting calls into the garda station from people about non-compliance complaints.

“There continues to be a strong visible presence of gardai with a lot of checkpoints in the locality to ensure people are only travelling beyond the 5km restriction for essential business.

“The checkpoints are there to deter people from taking the chance of going beyond the 5km travel restriction.

“There was no major issue at the weekend with people travelling to local beauty spots beyond their 5km restriction to exercise.

“Local families are going for their walks and cycles within the travel restrictions.

“We know it is difficult for people and we understand when there are amenities in the local area it is hard to not go to them, but we would urge people to obey the travel restrictions.

“The majority of people are taking the challenges they are facing seriously and realise it is unsafe to travel beyond the restriction.

“We have garda patrols and checkpoints in these areas where these amenities are at weekends and there is a very high rate of compliance.

“There are only a small number of local people who live within the 5km using these amenities.

“It is a very worrying time for people with the high number of confirmed cases in Louth so the majority of people are restricting their movements.”

There is a substantial number of Louth gardai who are reportedly not able to work as they have been impacted by Covid-19 with a significant number of officers in Dundalk believed to be self-isolating.

Supt Baker said the situation is not impacting policing in the area.

“There is a very high rate of positive cases in Louth and a lot of the gardai stationed in Dundalk live in the community and the local area”, Supt Baker said.

“This means we do have gardai that are self-isolating as they have been close contacts with confirmed cases.

“Gardai that have been impacted by Covid-19, it is not due to a direct result of doing their policing duties and there is very little evidence that they are being put at risk while doing their duty.

“Like all essential workers gardai are very conscious about adhering to all the safety measures and wearing the correct PPE.

“Gardai at Dundalk station have been assigned partners to work with to reduce the potential spread of Covid-19 in the station.

“If one garda is affected by Covid it is not taking out a larger unit.

“Despite there being gardai self-isolating, we have enough resources to police as usual, it has not affected what we do.”

Supt Baker reminded the public that local gardai are there to help anyone who is isolated or vulnerable in the community.

“Local gardai are available to help people in the community during this lockdown, just like the previous ones.

“If members of the public are concerned about a friend, a neighbour or a family member and they haven’t seen them for a while and can’t check on them due to restrictions then get in touch with the community policing unit or the garda station and an officer will go and check on them.

“Gardai are here to help people that are isolated or vulnerable during this pandemic.”

Supt Baker urged everyone to stay at home and stay safe in a bid to stop the further spread of the virus.

“It is in everyone’s interest to comply with all the restrictions in place so we can return to normality as soon as possible”, she said.

“It is everyone's personal responsibility, their civic duty, to stay at home respect the restrictions and avoid any unnecessary travel".