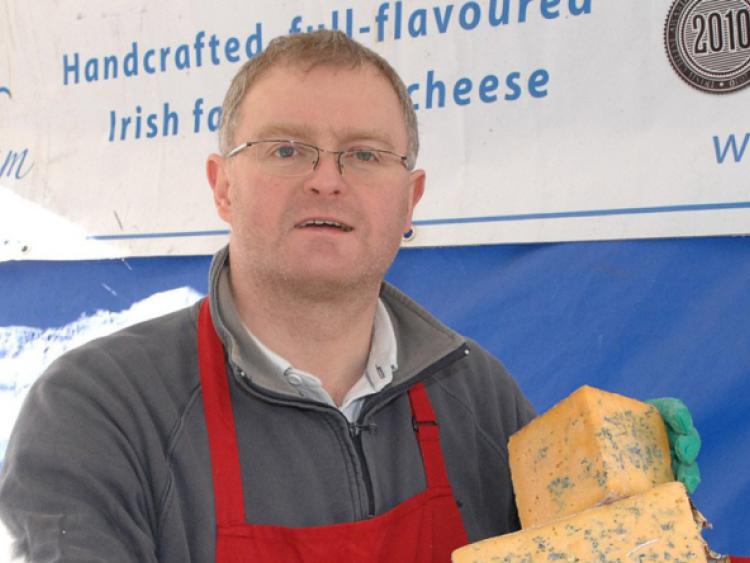 Glyde Farm Products, based at Mansfieldstown, Castlebellingham, producers of the famous Bellingham Blue cheese, has won another top food award.

The company was one of the winners chosen from more than 2,000 products from across the country.

The award winners were announced at this year’s annual Dingle Peninsula Food and Wine Festival.

Peter Thomas, owner of Glyde Farm Produce, said he is delighted with the award which was for all the products produced by Glyde Farm, including bread and yogurt.

Glyde Farm Produce specialises in the production of blue veined cheese. Bellingham Blue was first launched on the Irish market in 2000 having being in development for the previous three years. Peter trained in cheese making skills in Nantwich Agricultural College in England and also with Teagasc in Moorpark, Cork. It has been winning awards since its launch, starting in 2000 with “Best New Dairy Product” in the prestigious Nantwich Cheese Show and continuing with Gold awards in the British Cheese Awards competition and it won Supreme Irish Champion in 2010.

“To be crowned the Supreme Cheese at the Irish Cheese Awards,” said Peter at the time, “is terrific recognition for the hard work that we’ve put into making our cheese the best.

“We believe this win will have a positive impact on our brand, and open doors in terms of retailers who appreciate and stock quality cheese.

“It re-affirms to all our existing customers and potential customers that Bellingham Blue is a strong brand, committed to producing the highest quality cheese. There is a lot of talent across Ireland amongst local producers and I hope this encourages others to follow in our footsteps.”

Peter focuses on making raw milk cheese (unpasteurised), keeping true to the nature of artisan farmhouse cheese making and this helps also to give a sense of place to Bellingham Blue. Making raw milk cheese depends on having an excellent raw milk source and using raw milk imparts a unique pure and full flavour to the mature cheese.

He takes part in the farmers’ market every Friday at the Square in Dundalk and his award-winning products are available from his stall.

Another fine example of Louth enterprise at its best.