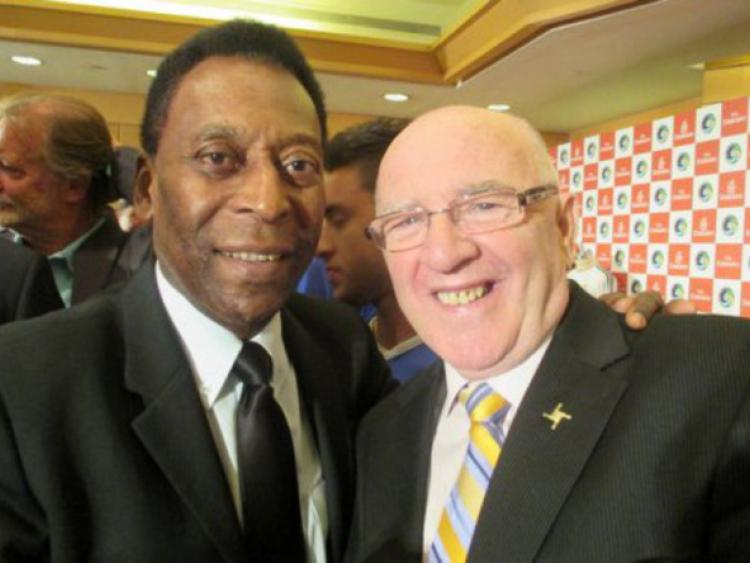 On 3 August 1963, sixty people got on a bus at Knockbridge and went to Dublin airport to see their friend Tommy Smyth off for America.

On 3 August 1963, sixty people got on a bus at Knockbridge and went to Dublin airport to see their friend Tommy Smyth off for America.

Emigration was common then. And it was definite. When you left these shores the chances were you would not come back. The country was still exporting its people. In the previous decade we exported more people than we did during the Famine.

Five years after he left Knockbridge, Tommy Smyth got a job as a broadcaster on Irish Radio in New York. The programme is Ireland Calls and it is now the longest running show in the United States.

In fact, Tommy’s wife Treasa, who comes from Cork, has taken over the show.

Tommy had been announcing the matches in New York’s famous Gaelic Park, when, in 1994, he made an inspirational move.

He called ESPN television - the American equivalent of Sky - and ended up getting a job.

“I heard they were doing the World Cup which was coming to the U.S. that year,” said Tommy. “It was the start of five World Cups, and 17 Championship League finals”

Since 1994 he has travelled all over the globe. As well as the championship league, he has covered the Brazilian championship, the South American championship, and has interviewed all the greats in the beautiful game.

He has even struck up a very good friendship with David Beckham.

“I was sent to Spain to interview him,” said Tommy. “I spent a day with him and then covered his arrival and training when he came to the U.S. he is a very genuine guy.”

Tommy’s other speciality is racing. He did the first television interview with Aidan O’Brien and his combination of racing and soccer is a reminder of Micheal O Heir’s skills on describing gaelic Games and the excitement of the turf.

Like the great Micheal, Tommy has a poetic touch to his broadcasting. When he was describing Stephen Gerard’s against AC Milan in the Championship League final: “He rose out of the crowd like a salmon out of the river Boyne”.

And to cap all that he was the Grand Marshall of the New York St Patrick’s Day Parade in 2008.

Some achievements for the man from Knockbridge who became the face of sport for ESPN.