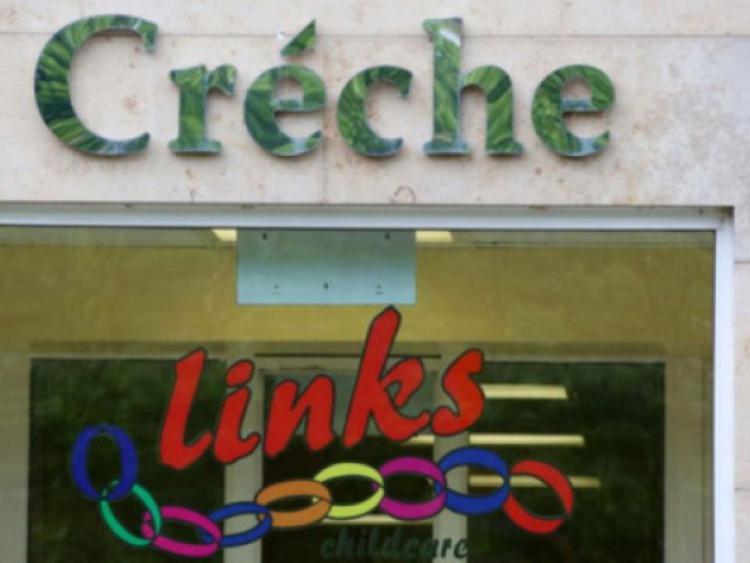 Concerned parents have been contacting the organisation after viewing the disturbing report. Secretly recorded footage at the crèches in Dublin and Wicklow showed childcare staff shouting and swearing at children, threatening them, forcing them into seats and strapping them in for up to two hours or more without anything to stimulate them, and snatching toys from their hands.

The report showed children being flung onto mats for nap time, and having their heads covered with blankets and pressed onto the ground, while childcare workers yelled at the children to go to sleep. Staff were also shown fabricating diaries relating to the children’s activities.

The centres involved are Little Harvard in Rathnew in Co Wicklow, Giraffe in Belarmine, Stepaside and Links in Malahide, Dublin.

Louth County Childcare Committee Co-ordinator Claire Woods said: “We are taking this very seriously and we are taking every step to support providers and parents at this worrying time. We will be offering training to providers and support to parents.

“We have had some calls from parents who saw the programme and we are dealing with those calls on a one-to-one basis. Parents should contact their providers and ask to see the Health Service Executive (HSE) inspection report. Providers should seek to reassure parents that they do operate in partnership with parents.”

Ms Woods added: “There are 116 childcare facilities notified by the HSE in Louth. Most of the services are based in and around the Dundalk and Drogheda urban areas. All inspections in Co Louth are unannounced.

“It’s extremely upsetting for parents and we can only seek to reassure them and advise them to talk to their providers if they have any concerns at all. We are currently ensuring that we get support literature out to providers.”

Louth is one of four areas across the country that does not have a public health nurse to inspect creches. The other three regions are Cavan/Monaghan, Sligo-Leitrim and Dublin South City.

According to Garrett Hall, a parent from Lis na Dara, Carrick Road the Prime Time investigation into the mistreatment of children in childcare was “disgraceful”.

“I have no concerns about the care my own child is receiving so I’ve had no sleepless nights since the programme was broadcast except for the parents whose children were featured in the programme,” said Mr Hall.

The Managing Director of the five Pugwash Bay Crèches and Pre-schools operating in Louth told The Dundalk Democrat that both herself and all of the staff at the Pugwash facilities were “horrified” by what they saw on Prime Time.

“It wasn’t us on the programme but we were worried that people would think of us in the same way. However, we have had an amazing response from parents on our Facebook page praising the work that we do,” said Ms Clarke.

“Many parents have told us that they didn’t watch the programme because they felt it was isolated to those specific crèches. The report only showed a few people in a short amount of coverage.”

The Democrat also spoke to a number of parents outside Pugwash Bay as well as other parents on the street in Dundalk last week.