Thousands learning about ceili dancing thanks to Tom 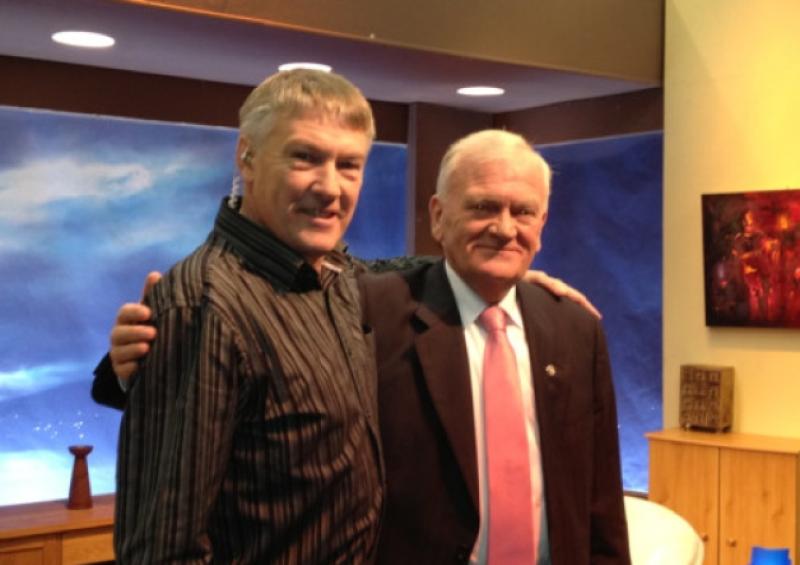 TOM Marry is from Ardee. He has lived there for thirty years. Last week he was the guest on on the hugely popular TG4 programme Comhra which is a face-to face interview with Máirtín Tom Sheáinín Mac Donncha.

TOM Marry is from Ardee. He has lived there for thirty years. Last week he was the guest on on the hugely popular TG4 programme Comhra which is a face-to face interview with Máirtín Tom Sheáinín Mac Donncha.

In the programme Tom described how he came from a family of seven. His parents had a farm and a shop in Ughtyneill and one in Dublin.

It was a happy childhood.

“The national school was across the fields from us,” said Tom. “We used to walk barefoot to school.

“I remember the dew from the grass on my feet. That was a wonderful feeling.

“During my youth things were very different. I remember the lamp being lit and the oil being put in and it hung on the wall. Electricity didn’t come until the 50s.”

After national school, Tom went to the Christian Brothers in Kells and then worked in the family’s Dublin shop which he changed to a furniture and carpet shop, a very successful business indeed.

He then bought his old national school in Ughtyneill and converted it into a furniture shop.

The school had been built on the family farm and the building was owned by Tom’s father.

He worked long hours helped by his wife Sile and daughter Eilis, both of whom, like Tom himself, are dance teachers.

Tom never took alcohol and has been a Pioneer for 60 years.

“When I was young people didn’t drink much,” he told Máirtín. “People didn’t have have as much money.”

He even founded an organisation for people who wanted to enjoy themselves without alcohol.

This man has style.

He bought the old hall in Ughtyneill. Did it up and ran dances with a non-alcohol bar and it kept going for over 20 years.

They had guests who would come and give a talk every week.

They included Sister Consillio, Eddie Kerr, founder of the No Name Club, Fr Peter McVeery who worked with young people who had problems with alcohol.

“It was a great organisation and we got a lot of publicity,” said Tom.

Because of this and his work in promoting Irish culture, Tom was awarded Meath Personality of the Year in 1991.

“We were always trying to entice people to ceili dancing,” said Tom. “We hold a crossroad ceili at Ughtyneill every year.

“Hundreds of people come from all over Ireland and next year will be our 30th year.

“It’s a very big occasion. Over 18 types of ceili dancing are performed there.

“The schools give us money to hold classes. We have a fior ceili for young people.

“Eight types of ceili are taught in schools and by the time the ceilis are held the children can do all the dances.

“Every year 10,000 children learn ceili dancing thanks to Cairde Rince.

“There are more than 30 clubs for adults. If you look at the website you can see where they are.”

Máirtín asked: “Is that the thing you are most proud of?