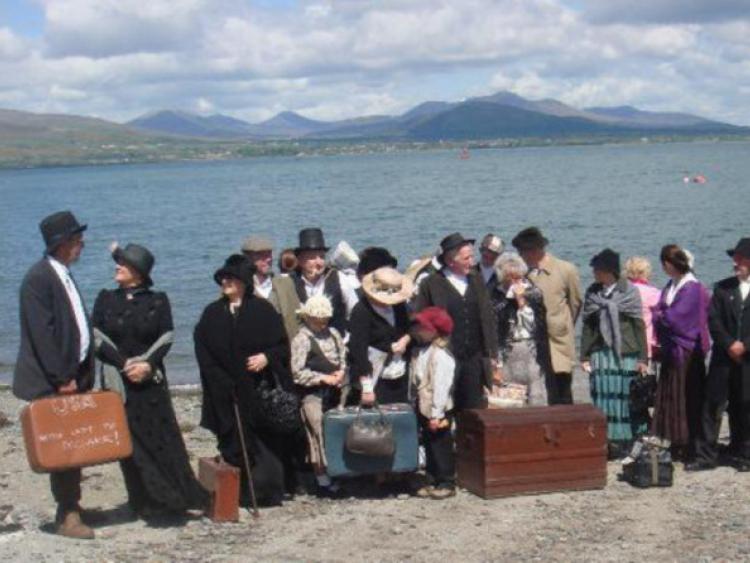 DUBLIN has its Bloomsday on June 16 every year but now the village of Greenore is about to have its very own 1900s history day.

DUBLIN has its Bloomsday on June 16 every year but now the village of Greenore is about to have its very own 1900s history day.

On the weekend of the 15 and 16 June Greenore Historical Group in conjunction with Kilkeel and Killowen Historical Groups, will stage a living history re-enactment in Greenore.

This will be will a living history as local people don the costumes of the late 19th century and early 20th century and re-create the atmosphere of the village at the time.

“It opened on 1 May 1873 as a railway terminal and ferry port,” said Brian. “It was an important seaport for passenger and cargo vessels travelling between between Ireland and Britain and indeed the world.

“From Holyhead they caught the train service to the bigger ports. Then they boarded the liners en-route to destinations throughout the world in many instances never to return.

“In the early 1900s to boost revenues the L&NWR advertised tourist related packages. The tourist could holiday in the Greenore Hotel and as a day trip option, take the steamer across Carlingford Lough to Warrenpoint.

“There, a horse drawn long car awaited at Greencastle pier to provide a tour of the Mourne area with lunch at the Kilmorey Arms Hotel before returning to Greenore in the evening.”

So if you want to take part in re-enactments on 15 and 16 June get those costumes of the 1900s era dusted down and ready.