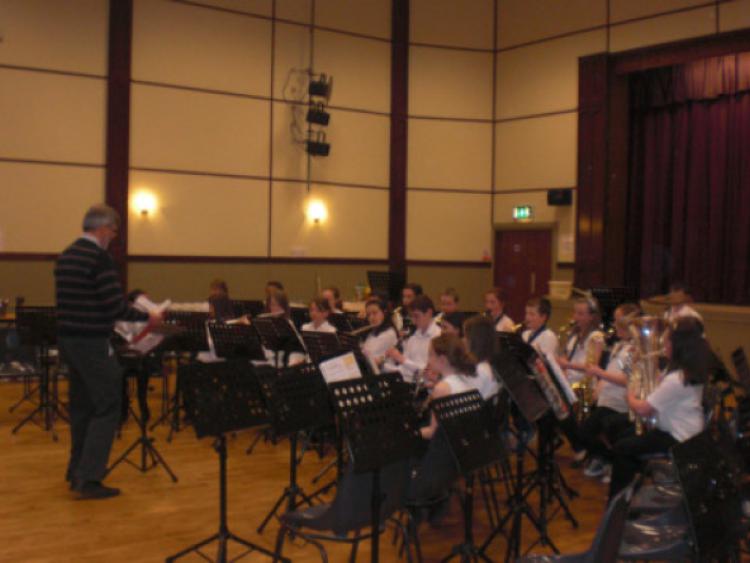 Forty-four members who took their annual exams. On Sunday 19 May the band took part in the revived May Procession in Ardee. The band led the procession playing hymns to honour Our Lady, Queen of May. At the Fairgreen everyone took part in the Benediction lead by Fr Murphy PP joining in on the hymns and prayers. The Band closed the sacred occasion by playing Faith our Fathers conducted by Kevin Reilly and joined in song by the whole congregation.

The annual awards night of Ardee Concert Band took place on 23 May.

The recorder group, junior and intermediate concert bands, performed on the night in the Bohemian Centre.

“This was the first performance of the year for our junior band,” said PRO Sinead Nutley. “They have only been together two months and they played extremely well under their conductor Kevin Reilly.

Certificates for grade exam success where presented to members who had achieved so highly in their Royal Irish Academy of Music examinations in the past year.

“Eventually over the summer months we hope to have all interns join us after their exam results are issued in the next coming weeks,” said Sinead Nutley.

Don’t forget the weekly bingo on Sunday nights at the Bohemian Centre.

Loads of prizes for your money. Play your cards game and winner takes all. Game that guarantees you €500 plus and a huge Jackpot. And all this for €11 euro including your book.

Every Sunday, starting at 8pm in the Bohemian Centre, Ardee. Don’t miss out.