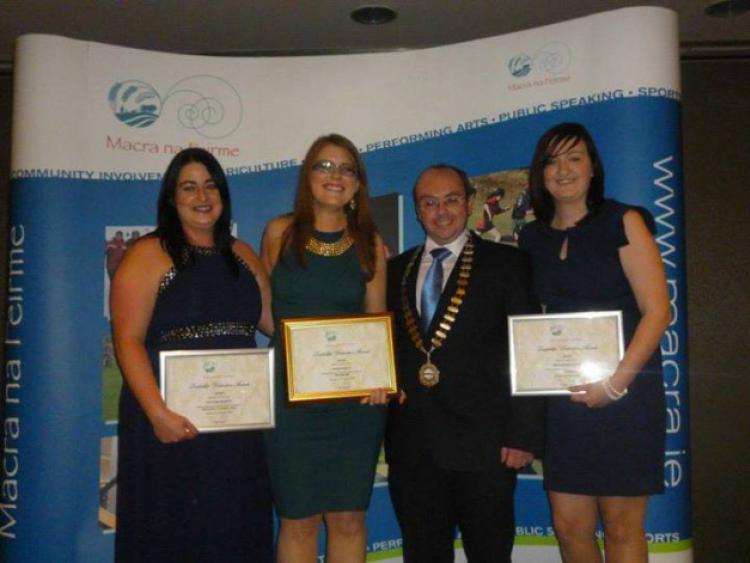 Shirley Reynolds is the new PRO for Louth Macra. She has been a member of Macra for 10 years and is currently a member of the Stabannon club. For the past two years she was county chairperson and before that county secretary.

Shirley Reynolds is the new PRO for Louth Macra. She has been a member of Macra for 10 years and is currently a member of the Stabannon club. For the past two years she was county chairperson and before that county secretary.

“I’m enjoying this new challenge,” she said. “It’s a new role that I am excited about. Instead of helping run the county I will now be promoting it and letting people know the great things Louth Macra do.

“I’m a hairdresser by trade but recently took a year out to go to college part time to be an SNA, and concentrate on Macra more as it is my passion.”

So what is Macra? And where do you find them?

“Macra na Feirme is an organisation for young people between the ages of 17 and 35 who are interested in meeting new people and getting involved in sports, travel, drama, debating, agriculture or just want to meet new people and have fun!

“Louth Macra has six clubs. Stabannon, Termonfeckin, Tullyallen, Togher, FaneBridge (knockbridge) and North Louth. There is also a college club at DkIT during the college term.

“When joining Louth Macra we guarantee fun and excitement, along with the potential to learn new skills.

“Before that we had the travel side of macra, when we followed North Louth’s Alan O’Reilly to Kilkenny to take part in the Mr Personility Festival. Then the Athboy we went to Support Tullyallens Nicole Marry in Miss Blue Jeans and on August Bank Holiday weekend, we will travel to Tipperary to Support County secretary and Termonfeckin chair Marita Bayly took part in Miss Macra 2013. As father Ted calls them, Lovely Ladies competitions.

In Louth Macra we try our best to raise money for local charities while having a good time. We recently donated €1,000 to the Children’s Ward at the Lourdes hospital, money raised from a successful New Year’s Eve Ball.

North Louth Macra are having a Pier jump and Swim in aid of Crumlin Hospital.”