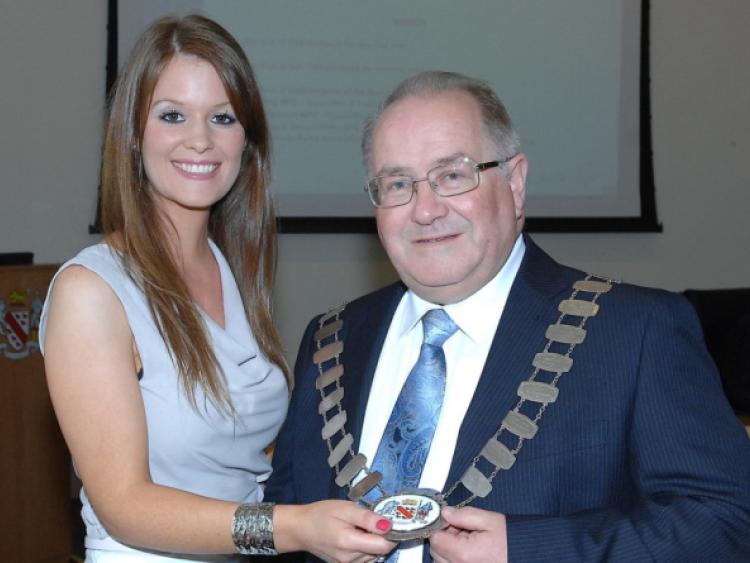 Eamonn was handed the chains of office at the council’s agm by outgoing chairman Cllr Jennifer Green of Sinn Fein.

Eamonn thanked all the councillors for their vote of confidence.

He said the council had been 114 years in existence and has served the people of Dundalk since 1899.

He said it is a sad occasion. The council’s life is coming to an end.

“I feel in time it will be seen as a great loss to the people of the town.

“My aim this year is to see Dundalk promoted as a town to invest in and create job opportunities.

“Also to raise greater awareness of the problems faced by the disabled.

Cllr O’Boyle was congratulated by his fellow councillors. Fine Gael’s Cllr Conor Keelan pointed out that Cllr O’Boyle had spoken out against the abolition of the town councils. Cllr O’Boyle has been representing the people of Dundalk West and North since 2004. when he was elected to Dundalk Town Council. He is a founder member of Dundalk Social Services Council.