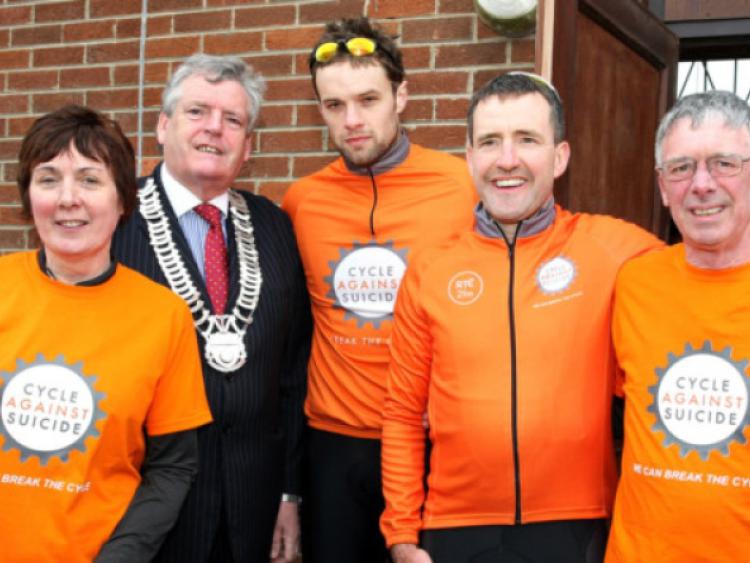 THE Cycle Against Suicide stopped at Ardee Community School where the competitors were hosted by the Ardee Cycling Club.

THE Cycle Against Suicide stopped at Ardee Community School where the competitors were hosted by the Ardee Cycling Club.

In Ardee Jim Breen, founder of Cycle Against Suicide, gave a very emotional talk on mental health and Jim, Rozanna Purcell, Colin Hayes and star musician Bressie spoke about their problems and how they cope.

Some people said they find it helpful to talk and some said they use exercise to deal with difficulties. It was emotional but humorous and entertaining.

Jim Breen said there will be another event next year which will continue to promote the motto of Cycle Against Suicide: It’s okay not to feel okay and it’s more than okay to ask for help.

“The atmosphere was electric,” said Tommy’s wife Catherine who also did the cycle.

“There was great support from the community and everywhere we stopped people were very friendly and welcoming.”