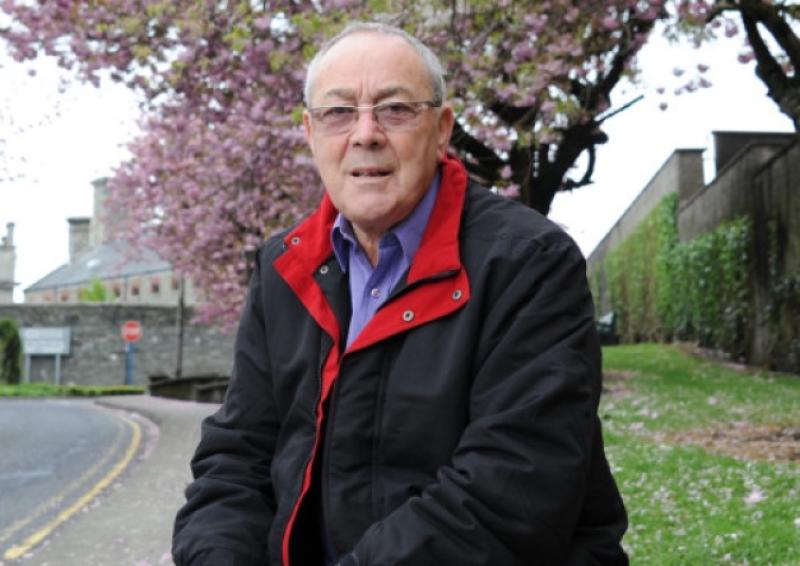 That’s quite an achievement for one of the biggest towns in the country, and a great achievement by the Dundalk Tidy Towns group and the town council.

Willie Duffy is chairman of the Dundalk Tidy Towns Committee and he is quite clear about where the credit should lie.

“All of the stakeholders have worked very hard to achieve this standard,” said Willie. “The tidy towns group, the business people, residential committees, council officials and all the voluntary workers.

“The town council has put a lot of work into this. Despite the difficult economic times they have continued to give us a very generous budget. And we’ve spent the money wisely.

“We’ve conducted surveys, organised clean-ups, including dog-fouling, and put up special posters on the Navvy Bank where the bird observatory is open to the public five-and-half days a week, from 10am to 12 noon and 2 to 4pm. Free binoculars are provided.

“We have tours for school groups in this special area of conservation.”

Willie is also very proud of Dundalk making the final stages of the Failte Ireland tourism award which was introduced this year by the National Tidy Towns.

“We should focus on the area of tourism,” said Willie. “We have the sea. We have mountains.

“Dundalk should be the tourism capital of the north east.

“We are less than fifty miles from the largest airports in the country and we are also the land of myths and legends.

“Also, the tidy towns group have opened discussions with the Board of Works and Louth County Council Heritage Officer with a view to opening up Cuchulainn’s Castle and hopefully this will result in the development of this great historical resource.”

Willie also points out that Dundalk is a railway town and in partnership with the Dundalk Railway Heritage Society, the tidy towns group are planning a 5klm historical rail trail at Quay Street.

Quay Street was an important rail junction until the late 1950s.

It was the link between the boats at the quay and Dundalk station and it also had a passenger station depot for people using the rail link over “The Mettlers” to Greenore.

“We found the original pillars of Quay Street station,” said Willie, “and when restored we will set up photographs of them like those already up on Quay Street showing the area as it once was.”

The Quay Street murals already in existence show the area as it was in the mid 20th century. They are a perfect work of art and should be viewed by all who love and care about this town. This is a serious of commissioned photographs and murals which recreate the original buildings in the Quay Street area.

Research was carried out to ensure the refurbishment was as accurate as possible from an historical and architectural point of view.

It’s an example of what can be done on a collaborative basis to enhance the environs.

And the tidy towns group has also produced a DVD promoting Dundalk which will be featured on tourism websites at home and abroad.

The group has also launched a colouring book designed to promote the town and carry an anti-litter message.

The book is sponsored by Matthews Coaches and is available in local shops.

A lot of work by a great group.