Adams call for move
on suicide 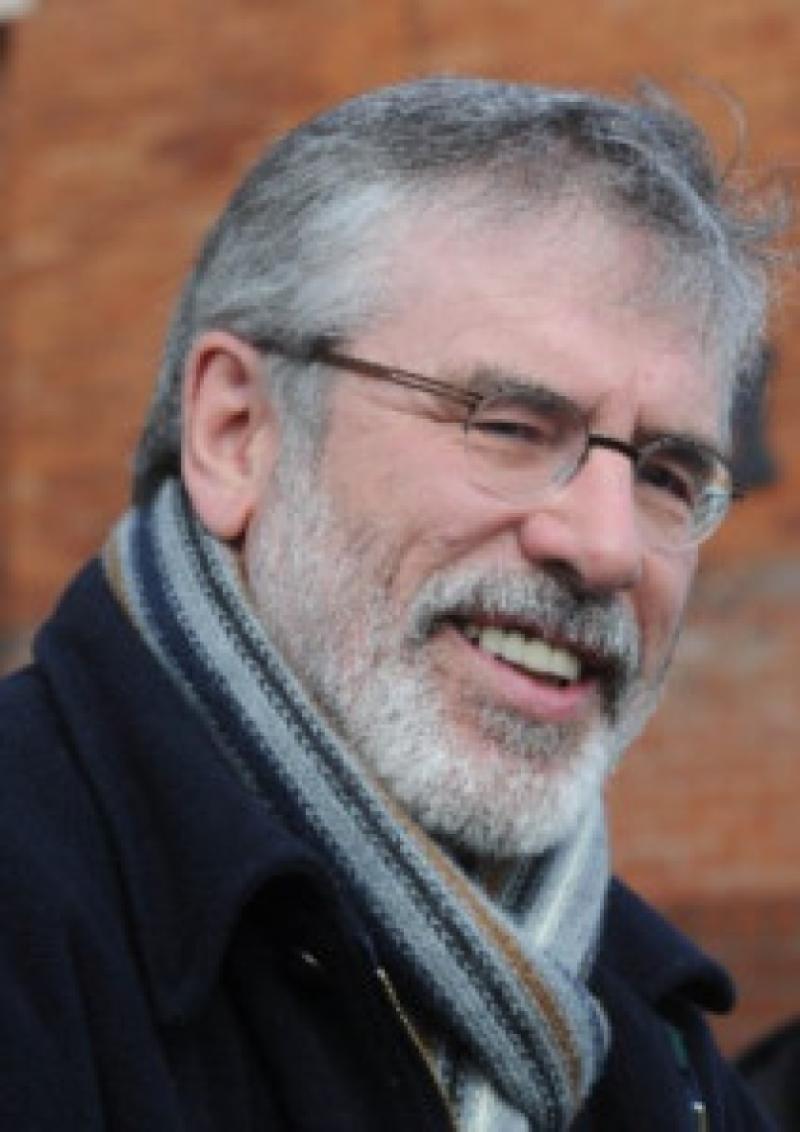 SINN Féin President Gerry Adams called on the government to look constructively at the idea of an authority, similar to the road safety authority, to tackle the suicide crisis. He called for A North-South approach to this problem.

SINN Féin President Gerry Adams called on the government to look constructively at the idea of an authority, similar to the road safety authority, to tackle the suicide crisis. He called for A North-South approach to this problem.

Deputy Adams said Louth has one of the highest rates of suicide in the state.

He raised the issue during leader’s questions in the Dáil last week.

Figures released two years ago revealed that Louth had a rate of suicide higher than any other county in the state.

The Sinn Féin leader welcomed the Taoiseach’s statement that almost all of the 414 staff allocated for mental health services in Budget 2012 are now in place.

“The most recent statistics available indicate that over 800 lives a year are lost to suicide in Ireland,” Mr Adams said.

“The vast majority of those who take their own lives are men.

“There isn’t a day goes by that a family, including some in the Dáil, are not shocked and distressed by the loss of a loved one through suicide.

“There is also some concern that some suicide may be linked to cyber bullying.”

Deputy Adams pointed out that substantial resources have been made available to tackle the carnage on our roads and that is to be welcomed. But three times as many people die every year from suicide than on roads here.

Deputy Adams called for the creation of an authority similar to the road safety authority to tackle this crisis, and he urged that an island wide approach should be taken to tackle the suicide epidemic.

He said more needs to be done in terms of counselling services for those at risk and their families, as well as the provision of information and education.

“The fact is that the statistics on suicide are stark and frightening.

“While this affects all classes and creeds international research shows there is a clear link between areas of disadvantage, poverty, unemployment and suicide.

“I applaud all those who are involved in community, voluntary and charity groups who campaign to draw attention to this issue- such as the Cycle against Suicide charity event which ended yesterday in which 4,000 took part.

“But this needs to be backed up by resources and Government action.”

The Sinn Féin deputy urged anyone in distress to speak to their GP or to contact one of the many professional groups working in this field.

SOSAD (Save Our Sons and Daughters), has offices Dundalk, Drogheda, Navan, Cavan and Kingscourt. Its volunteers work with those at risk of suicide as well as families who have lost loved ones.