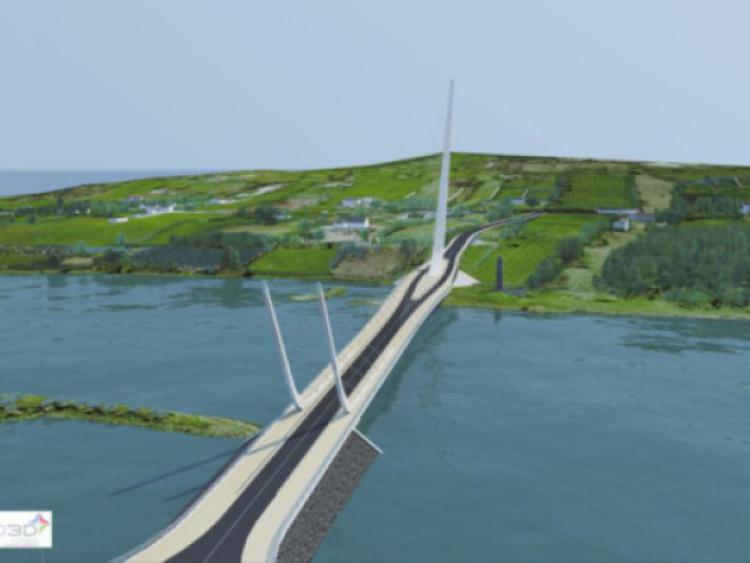 Sinn Féin Louth TD Gerry Adams has once again raised his concerns about the future of the Narrow Water bridge project with the Taoiseach in the Dáil.

Sinn Féin Louth TD Gerry Adams has once again raised his concerns about the future of the Narrow Water bridge project with the Taoiseach in the Dáil.

The Louth TD expressed his concern at the lack of progress and the danger that too long of a delay in getting a response from the north’s Minister for Finance and Minister for Regional Development might see the loss of the funding from the Special EU Programmes Body provided under INTERREG IV.

Teachta Adams, who has been in touch with Sammy Wilson the Minister for Finance and Danny Kennedy the Minister for Regional Development, asked the Taoiseach to raise this matter through the relevant departments.

“There is a limited time available for this important infrastructural project to be completed. A bridge at Narrow Water will significantly enhance the local economies of communities on both sides of the border.

Its economic, employment and tourism impact is potentially greater than the e18 million needed to construct it.

The Irish government and Louth County Council have provided the necessary funding and regulations to allow the new build project to go ahead. The risk to the project comes from delay emanating from the two departments in the north. Every effort needs to be made to persuade the two northern Ministers to accelerate their contribution to the bridge project.”

In his reply the Taoiseach said: “The process of evaluation by the Executive and the Minister, Sammy Wilson’s office in Stormont is proceeding. I hope the matter can be brought to a speedy and successful conclusion. The project is an important cross-Border link and the first visible physical connection at Narrow Water. It is clearly an important link from a commercial, social and tourism perspective”