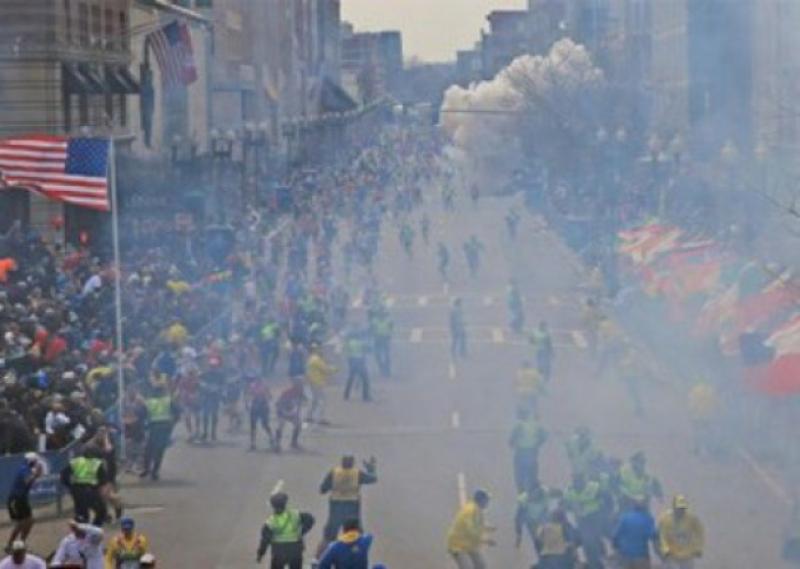 A Dundalk woman who was taking part in the Boston Marathon has spoken of her heartbreak at the horror bombing that has left several dead, dozens mutilated and a nation on high alert.

A Dundalk woman who was taking part in the Boston Marathon has spoken of her heartbreak at the horror bombing that has left several dead, dozens mutilated and a nation on high alert.

Roseanna Hoey had crossed the line in a personal best time of 2hours 58.11 minutes, yet there was little time to celebrate as a couple of hours after her feat, the deadly devices rocked the city of Boston.

Two explosions tore through the finish line of the world-famous race just before 3 pm, going off simultaneously as throngs of onlookers watched runners complete the 26.2-mile trek. The timing of the blasts immediately sparked suspicions of a deliberate act.

Roseanna retold her story via an email to a friend, which was passed on to the Dundalk: “I am just devastated by the event. So awful. The support from the people of Boston was outstanding. They are so proud of this race and their city. They lined every part of the course.

“It’s unreal what happened. A lot of our friends were stopped when approaching the finish line.

“Normally I have no bother sleeping after a long race- not the case last nights though. David was out on the course watching me bout 600m from explosion. We were back in the hotel though thank God.”

The deadly bombing at the Boston Marathon that killed at least three and injured at least 144 is believed to be an act of terrorism, senior White House officials have said.

One of the dead was an 8-year-old boy, according to a state law enforcement source.

Hospitals reported at least 144 people are being treated, with at least 17 of them in critical condition and 25 in serious condition. At least eight of the patients are children.

At least 10 people injured had limbs amputated, according to a terrorism expert briefed on the investigation.

Several of the patients treated at Massachusetts General Hospital suffered injuries to lower limbs that will require “serial operations” in the coming days, trauma surgeon Peter Fagenholz said Monday night. Some injuries were so severe amputations were necessary, Fagenholz added.