‘To hell with the money, this is about the product’ says Teeling 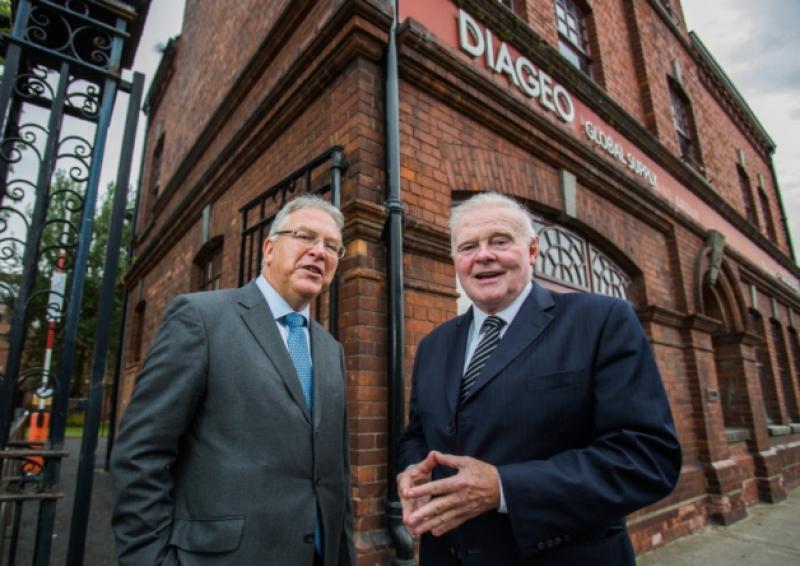 “We will be using the same team that built Dundalk. Cooley was a great success story. Not just as a product. To hell with the money. It was nominated World Distillery of the Year.”

“We will be using the same team that built Dundalk. Cooley was a great success story. Not just as a product. To hell with the money. It was nominated World Distillery of the Year.”

These are the words of John Teeling, owner of the Irish Whiskey Company (IWC) who is back at the centre of the distilling industry after signing an agreement with Diagio to take over the Harp Lager brewery, or to give it its correct title, the Great Northern Brewery.

“It will be called the Great Northern Distillery,” Mr Teeling said, just when I was about to ask him why he is back in the business after selling Cooley Distillery for E71 million just a few years ago.

He asked the question himself: “Why back in distilling? Well, the market opportunities for Irish whiskey is growing at 15 per cent a year, doubling every five years.

“It will go from E6 million to E10 million to E20 million. Most of that is brands. The rest of the market is third-party, retail label. Cooley supplied all of that, but they are not doing it anymore.

“It will start operation in July 2014. We will be supplying products for companies that don’t have their own distilleries.

So the brewery will now become a distillery supplying the third-party whiskey market. just like Cooley Distillery, which made millions providing own label whiskeys for retailers such as Tesco, Aldi, Lidl, Asda, and the French giant Carrefour.

“I believe that the Irish whiskey market opportunities are growing fast, about 15 per cent a year and it’s doubling every five years, It will grow from six million to 10 million to 20 million.

“Most of that is brands and the rest is third-party retail own label, that Cooley supplied but are not doing anymore.”

“The focus will be supplying grain whiskey to to pot still distilleries while grain and malt and pot still whiskeys will be supplied as private label products to large retailers worldwide and as the bulk whiskey to companies that want to develop their own brands.

“There are a lot of small distilleries around the country: Belfast, Portaferry, Dingle, but we hope to be the second biggest distillery in the country.

“Dundalk was a great distillery town, as well as a brewing town.

“We hope to get our hands on the Dundalk Distillery name. It produced two million gallons. Malcolm Browne ran it from Distillery Lane.

“It was bigger than Jameson and Bushmills.”

The Great Northern Distillery will start operations in July 2014 creating 20 jobs and perhaps more later on.

The company might develop a visitors’ centre and preserve the historical significance of the site, something that is important to John Teeling who has a passion for the industry and Dundalk’s great history in brewing and distilling.

“I have been working on this since July of last year, Diageo were very good. They really did not want this site to become vacant.”