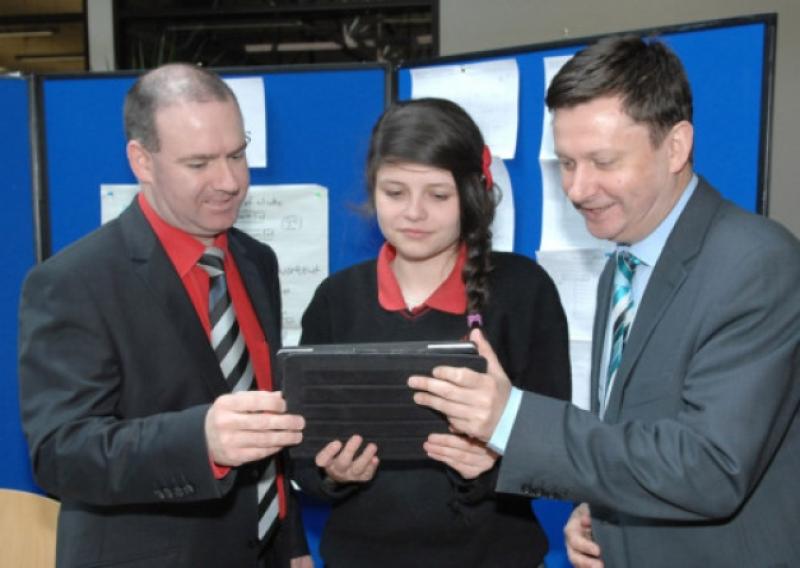 A UNIQUE inter-generational project linking secondary school students and older people in the north-east has produced four smart phone apps that have been shortlisted for a European Award.

A UNIQUE inter-generational project linking secondary school students and older people in the north-east has produced four smart phone apps that have been shortlisted for a European Award.

The specialised inter-generational apps were showcased at the Netwell Centre at Dundalk Institute of Technology.

The apps include an emotional well-being app for young and old, an inter-generational quiz app, a community security - what’s happening in your area app, and a “Don’t Panic” app to get help fast for fall victims.

The scheme, run by Louth VEC and Casala, a DkIT-based research centre which specialises in technology that enhances longer living in smarter places, has been shortlisted for the EU’s Go-Act award for best practice in inter-generational learning.

Casala’s Dr Julie Doyle, who specialises in human computer interaction research, worked with the group in a series of workshops held over nine months.

“We mixed up the generations on the teams and it was wonderful to see how they interacted,” she said.

“The apps work on the basis of what 16-year-olds and the over 60’s have in common, rather than their differences,” he said.

“Both generations worked together as co-designers.

That real cross generational co-operation has been recognised in our nomination for the EU’s award.”

“We had great fun working together,” said Pat.

There’s a natural bond between us, the grandparent generation, and teenagers.

“We appreciate their enthusiasm and ideas and they responded brilliantly to our approval and interest.”