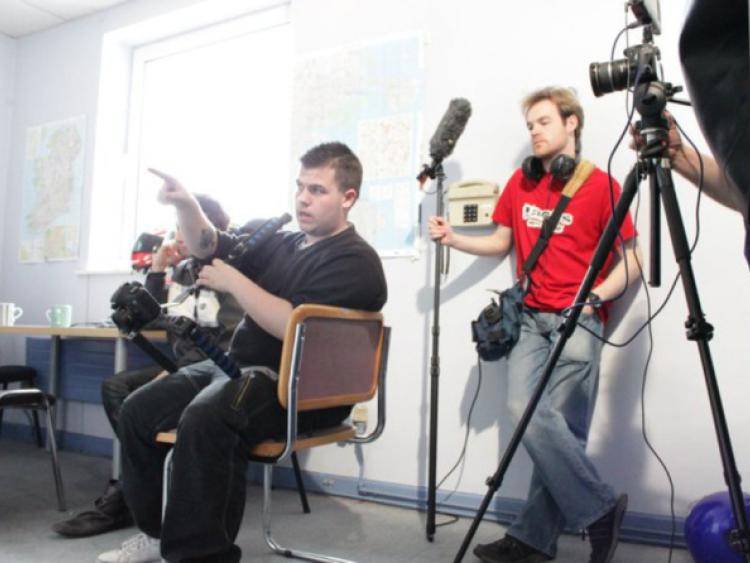 JAMES Mulholland is from Cedarwood Park Dundalk and has just completed an arts degree at the DkIT school of film.

JAMES Mulholland is from Cedarwood Park Dundalk and has just completed an arts degree at the DkIT school of film.

At 23 he has already made three short films, which he wrote himself, and has received some very high praise from many quarters including that of George Moore, the Dundalk-born Hollywood director.

James went to Redeemer Boys’ School and Colaiste Ris and studied film at Marino College Dublin before starting his degree in film at DkIT.

All of his films have been made here in Dundalk.

His first film is called, What If?

“It tells the story of a woman,” said James, “who has made the wrong choices in life and is at the point where she can either change or continue the downward spiral.

“My second film is My Father’s Son. It’s about a guy who does not want to turn out like his violent father.

“It got a good response on You tube and George Moore praised it highly and said to keep in touch.”

His latest film is called Forgiving Amy and again the theme is: how to change a life that is heading in the wrong direction.

“It’s about a woman who has fallen out with her family and who is struggling with personal relationships,” said James. “I write my own scripts which which have been described as mature family dramas.”

And so working on a student’s tight budget, this very talented young director gets a crew together and sets about creating a dramatic work.

Forgiving Amy has already gone out to film festivals in Spain, Sweden, Germany and England in the hope that it will attract the attention of an eminent producer.

“Producers attend these festivals,” said James, “and you hope that they will see your film and give you the chance to make a bigger one.

“We hope to do the festivals around Ireland and have a screening in Dundalk.

So watch out for James Mulholland.

A young film director with a very bright future ahead of him.