Fundraiser in memory of David Carney 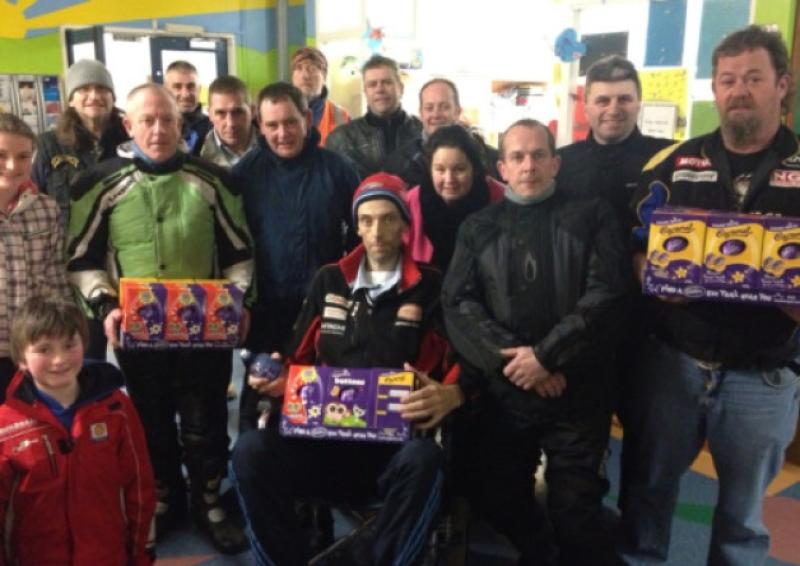 A BIG crowd is expected for the David Carney benefit night this Friday 10 May at The Grove House Dunleer.

A BIG crowd is expected for the David Carney benefit night this Friday 10 May at The Grove House Dunleer.

David, from Bolies Bog Road Stabannon, died after a short illness, aged just 38, and only six years after his marriage to Clodagh.

The benefit night has been organised by The Coasters Motorcycle Club.

David was an active and very popular member of the Coasters MCC and took part in their annual Christmas and Easter toy runs to Our Lady of Lourdes Hospital and the Women’s Aid refuge.

The club members also visited schools and nursing homes in Dunleer and Castlebellingham and on many occasions David played the role of Santa Claus.

On Good Friday, shortly before his death, he insisted on travelling with his colleagues for their visit to the children’s ward of Our Lady of Lourdes to give presents to the young patients.

Larry Lennon of the Coasters MCC said David was a biker with a big heart, a kind and generous man, and the club is asking everybody who can to support the fundraiser.

Tickets are 10 euro and are on sale in shops in mid-Louth or you can pay at the door.