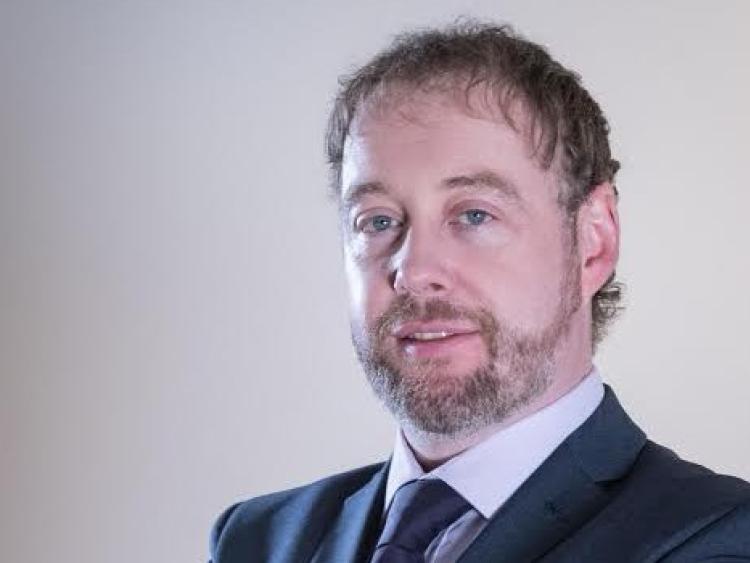 Shane Brett the CEO and co-founder of GECKO Governance

The Dundalk Democrat paid a visit to GECKO Governance's Dundalk headquarters at DkIT’s Regional Development Centre to find out more about the company’s local CEO Shane Brett and why he thinks Dundalk is the perfect place for startups and tech companies to be based right now.

Business is booming at the Regional Development Centre at Dundalk Institute of Technology. Just last year, two startups both run by local entrepreneurs, Nova Leah and GECKO Governance, were chosen from over 600 companies across Europe to receive funding from tech investment firm, Cosimo Venture Partners. The companies received $250,000 and $1 million in funding, respectively.

What's even more impressive is that these two businesses are owned by local innovators, and they both operate out of DkIT's Regional Development Centre. 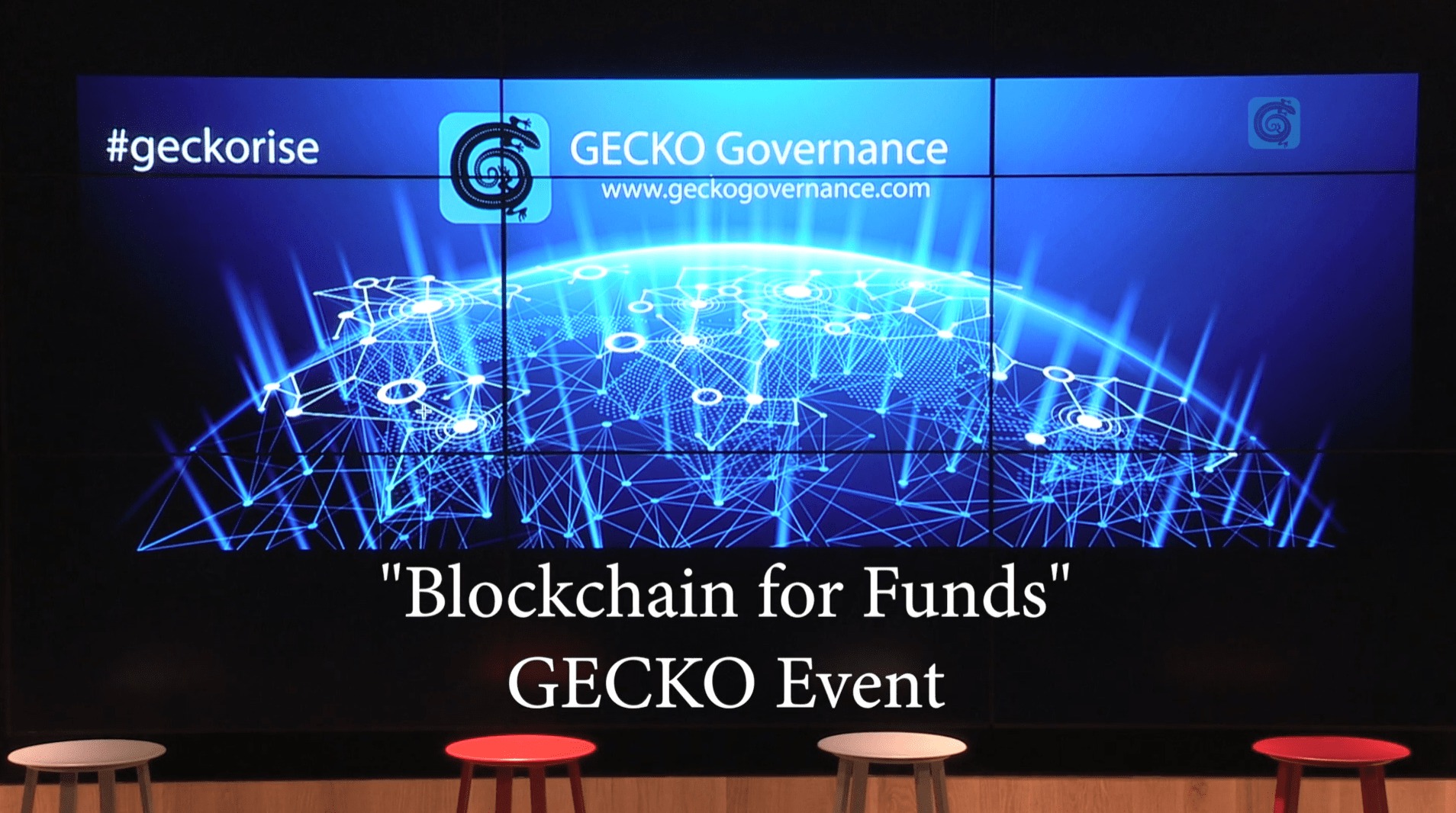 GECKO was co-founded in 2014 by Shane Brett, who grew up in Meath and made Dundalk his adoptive home when he moved here aged 17 to study business at DkIT. His father followed for work shortly after and the family lived on the Avenue Road.

After graduating the Dundalkian went on to travel around the world and worked as a hedge fund manager in places such as London, San Francisco and Sydney, Australia and completed an MBA in Management Consulting at the University of Wales.
It was during his time working in hedge funds in London during the aftermath of the global economic crash, Brett started to notice that managing hedge funds became more difficult as compliance became more regulated.

The GECKO co-founder explained: “Compliance has gotten way more complicated, especially in the financial services industry. And if you make mistakes, the fines are much bigger. In America, they’ll just jail you.”

He was struck by the idea that “companies needed an easy way to manage their compliance using RegTech (Regulation Technology)”.

“During the time I worked as a consultant, I wrote two books about hedge fund regulation, dozens of white papers and articles, and I was on committees with the Central Bank. So I knew there was a need for this product,” said Shane.

And with years experience in the field under his belt, countless industry white papers and the two aforementioned books on the subject (The Future of Hedge Funds and The AIFMD Cheat Sheet), people in the industry trusted Shane's ideas.

Around that time, Shane decided to move back to Dundalk and set up his business here. And after working in larger cities the businessman really appreciated the support he received. Shane is still keen to thank places like the Louth Enterprise Board and Enterprise Ireland for the crucial roles they played in helping the company get started in Ireland.

“Ireland is a great place to set up a tech company. And there’s loads of support. I think people who haven't worked outside of Ireland don't how lucky we are as entrepreneurs to have all of these supports,” the GECKO co-founder says. 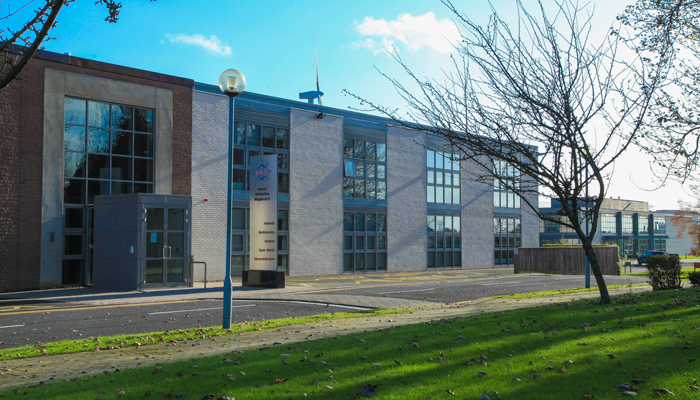 The Regional Development Centre at DkIT, where GECKO's main offices are based

“The local Enterprise Board gave us some funding. At the time they gave it to us we really needed the money. They were a fantastic help and on top of that Enterprise Ireland, here in Dundalk, have been brilliant.”

Shane is also keen to recommend the Enterprise Ireland program, New Frontiers, which offers an intensive six-week course for entrepreneurs. Shane went through the program with GECKO and received €15,000 to help set up the business.

“There's a very good community here in the Regional Development Centre. When I set up my first business in London, there was no support. Whereas here, I was amazed by that people really wanted me to succeed,” the entrepreneur explains,

“What I can’t get over as well, is, that historically we’ve had a reputation for begrudgery, but I have not felt it. Everybody wants you to succeed, which is brilliant. It’s very positive.”

In those early days, Shane says he and GECKO's other co-founder, who works on the tech side of things, spent about a year “building the first version of the product” and getting it just right for their first clients which included Grant Thorton and DMS Governance.

“Starting out we signed a partnership with a huge accounting company called Grant Thorton. They employ over 100,000 people in America. And it was a big deal because they don’t normally work with startups. So that was a big validation for us. And we spent about six months getting DMS set up because we knew if we got them right, then we could start looking at the much bigger players,” the business-owner explains.

And since then, the startup has been collecting more clients and high-profile accolades. In 2016 they won the Seedcorn Competition which is Europe's largest prize for startups. They were granted 50,000 in prize money as part of their win.

Shane explains: “It's actually Europe’s largest prize fund for startups. So it’s a big deal, even though it’s only open to companies on the island of Ireland. It was a really tough competition, with about 400 applications.

“It was madness. Within a week of that, we had the backers from Facebook calling us. They were ringing us here saying we see you’ve won Seedcorn.

“You’d be surprised. I spent a lot of time in San Francisco, and one of the things is that they all keep a very close eye on what happens in Ireland. Surprisingly so. All they want to know is London, Tel Aviv, and Ireland.”

The Dundalk-based company is also currently placed 10th on the list of the top 100 RegTech (Regulatory Technology) companies in the world.

And as the business grew, Shane says it was imperative that they were able to provide around-the-clock support for their clients who are based around the world. They currently have offices in Dundalk, Sydney and one on Park Avenue in New York, which Enterprise Ireland helped them acquire. 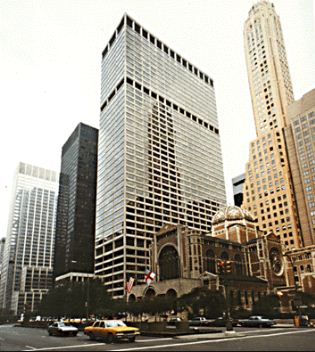 However, no matter how big this company-on-the-up becomes, Shane says the Dundalk office will always be their headquarters. Being based is Dundalk is something the serial entrepreneur feels passionate about, and he makes an excellent case for other startups looking for other options than being based in London or Dublin.

Speaking on the subject of thinking global and living local, the GECKO CEO says: “There is no reason at all why we can’t grow a global business, the size of PayPal from here. We have the talent, we have the expertise, we have the infrastructure and support. And the Regional Development Centre has been amazing, right from the beginning.

“Dundalk has all the advantages of city living, but at the same time all the costs of rural living. And the talent’s not anything less.

GECKO has already taken on some students from the BB in the Business and Technology course. And with plans to do another round of 'fundraisers' and acquiring clients for March and April of next year, GECKO will be taking on a further 30 to 40 people globally, 20 of which will be based in their Dundalk offices.

“We want to employ 20 people in the Dundalk office by the end of next year. That would be tech and implementation, product and sales, and support and operations,” Shane explains.

The company is also in the final stages of “signing a deal with two of the largest financial services institutions in the world” and are “making the jump” from the “ smaller financial companies” to the much larger “global players”.

The Dundalk Democrat is certain GECKO Governance's meteoric rise will continue in the coming years and that the startup will continue to do Dundalk proud.

Shane Brett is also a Founding Member of The International RegTech Association (IRTA) and is on the Editorial Board of "All About Alpha". He is also a Contributor Writer for "Seeking Alpha" & "Hedge Tracker", a GLG Council Member and a member of the Atheneum Partners Executive Network. See www.geckogovernance.com