The former broadcaster has been an MEP since 2004 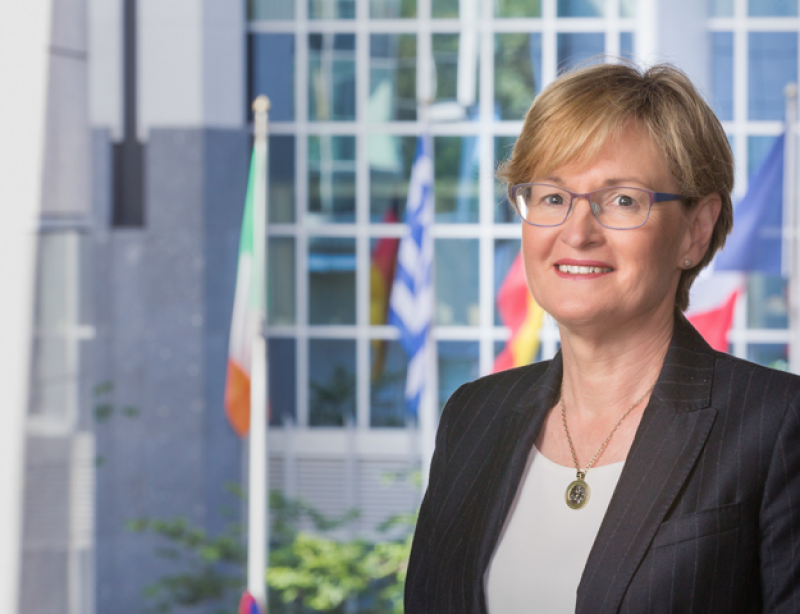 The Ardee-native, the first Vice-President of the European Parliament, has reacted to the news that Ireland is to benefit in numbers from the withdrawal of 73 UK MEPs who will no longer sit in the Parliament from 2019.

The European Parliament this morning voted in favour of a reduction in the size of the Parliament from 751 to 705 seats for the 2019 elections.

Members of the European Parliament voted on Wednesday morning to accept a proposal to reduce the size of the Parliament by 46 seats - from 751 to 705.

That leaves a surplus of 27 positions to fill and this seats are being distributed among 14 different countries. While Ireland will be given two extra seats, France and Spain will receive five extra seats each. The Netherlands have received three more.

While acknowledging that her UK MEP colleagues will be missed, McGuinness said the EU was getting smaller so it was only right that the European Parliament should follow suit.

"Twenty-seven of the UK's 73 seats will be redistributed to member states to ensure fair representation in the 2019 elections, giving two additional seats for Ireland, which I strongly welcome," she said in a statement.

"Today's vote also acknowledges that the UK will not contest the 2019 elections. MEPs have recognised that as the EU is getting smaller, the European Parliament should also reduce in size."

"This is a time of change, arising from Brexit and with the UK leaving it is positive that there will be two additional Irish voices in the European Parliament,” McGuinness said.

McGuinness paid tribute to many of the UK MEPs who will leave Brussels next year, remarking on their departure; "There will be no UK MEPs after the 2019 elections - many of them were excellent to work with across a wide policy platform. “

Local bookmaker Boylesports price the former broadcaster as 8/1 joint favourite to become the next President of Ireland after Michael D Higgins.