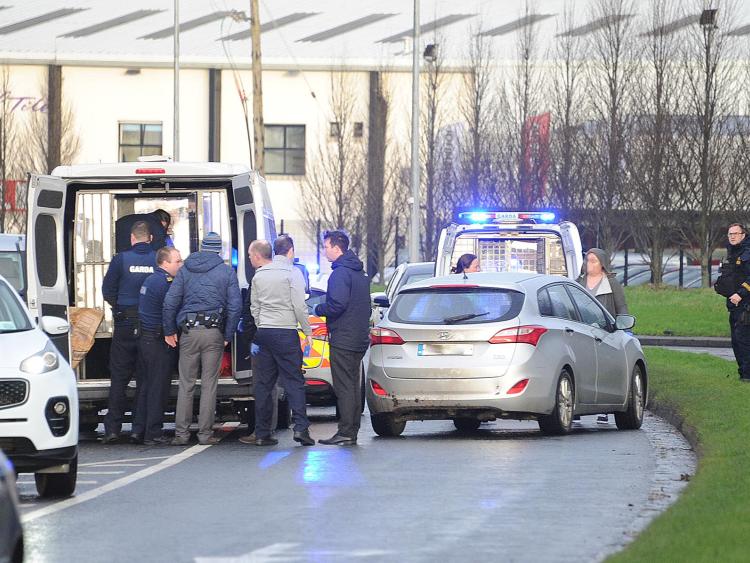 The scene at the Inner Relief Road this morning

TIMELINE - Dundalk Attacks: What we know so far

Dundalk Gardai have been praised for their bravery after they disarmed a crazed knifeman who has killed one and injured two more in an attack shortly before 9am this morning on the Avenue Road.

Gardai were called to the scene where they confronted and disarmed the attacker.

Three separate areas are now sealed by the Garda Forensic teams, and one man has been reported to have been arrested on the Inner Relief Road close to the scene of the stabbing.

It has been reported that the attacker was armed with a knife and an iron bar and that the two injured men were struck with the bar along the Inner Relief before the third man was fatally stabbed on the Avenue Road.

Niall O'Connor, a journalist with The Irish Mirror tweeted: "The bravery of uniformed unarmed #Gardai in #Dundalk is extraordinary.

"They disarmed a crazed knifeman who was hell-bent on stabbing as many people as possible."

Louth Sinn Féin Councillor Ruairí Ó Murchú visited the murder scene on the Avenue Road in Dundalk today to speak with locals and commend Dundalk Gardaí for their fast reactions.

Cllr Ó Murchú said: "The community is in shock and they are appalled to hear what has happened. I want to also commend the actions of the Gardaí as they were summoned to the scene they were able to disarm the attacker and have subsequently arrested him."

A Garda spokesperson said the man, who is believed to from the Middle East, has been arrested on suspicion of murder.

He is currently being detained at Dundalk Garda Station where he can be questioned for up to 24 hours.

Gardai told RTE news that they are currently trying to establish a motive for the attack, including the possibility that it was planned.

Dundalk Gardaí updated their Twitter at 10.30am to say: "Due to a serious incident a number of roads are currently closed in the Dundalk area Avenue Rd, Inner relief Rd and Seatown. Diversions are in place."

Louth Sinn Féin Councillor, Ruairí Ó Murchú added: "Our thoughts are with the family and friends of the man who died and we wish a speedy recovery to those who were injured."