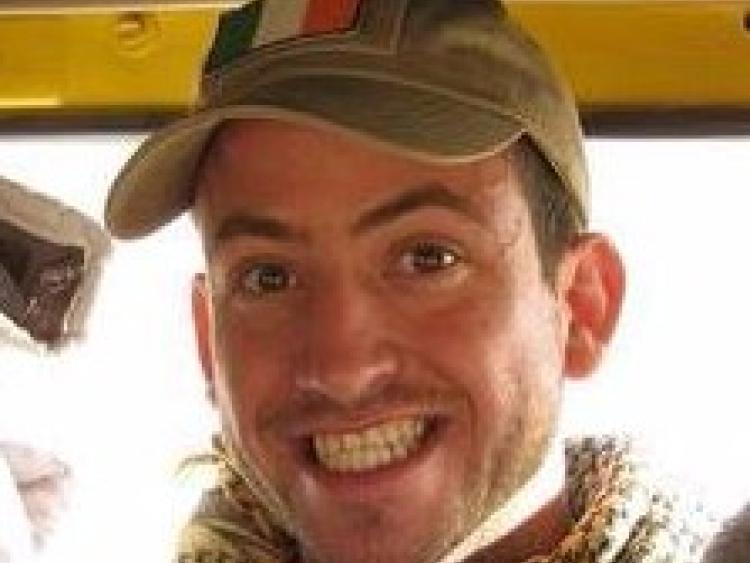 David Lysaght who is originally from Blackrock in Dundalk

Local disability rights campaigner, David Lysaght, has been chosen to travel to Brussels to tell EU officials what it's like to be Irish with a disability in 2017.

Eight people with varying disabilities will also be attending the landmark event organized by the European Parliament of Persons with Disabilities.

The event aims to provide a unique opportunity for European citizens with disabilities to speak with their elected representatives and speak up for their rights.

37-year-old David is an outspoken advocate for disability rights. He is currently doing a part-time Masters in UCD in Rehabilitation and Disability Studies and works for the Mental Health Reform as a research assistant.

Speaking to The Dundalk Democrat, David told of his hopes for the landmark meeting with EU officials.

“The main aim for me is inclusiveness and to give people with disabilities a voice."

“I want to help people with disabilities be a part of society. All we want is to be given equal rights and equal responsibilities.”

During his Master's research studies, David came across some “startling figures” which reveal that people with disabilities are far more likely to experience poverty.

“I think it's because a disabled person's income is fixed at around €200 per week [due to disability allowances] and that never really rises even as inflation does,” David explained.

The Blackrock man also hopes to highlight other issues disabled people are facing in Ireland such as isolation, mental health issues, overcoming stereotypes and dating when you are disabled.

During the day in Brussels, discussions will focus on issues such as the rights of people with disabilities to vote and participate in political and public life, the European Disability Strategy from 2020 to 2030, and the implementation of the United Nations Convention on the Rights of Persons with Disabilities by the European Union.

Officials from the Disability Federation of Ireland (DFI) will travel with the group of 11 to Brussels. The DFI is dedicated to representing and awareness efforts to raise matters relating to the lived experience of persons with disabilities in Ireland.

The meeting in Brussels will take place on December 6th, just a few days after the UN Day of Persons with Disabilities on December 3rd.