Where was the 'Bunch of Grapes' in Dundalk? And other local history trivia 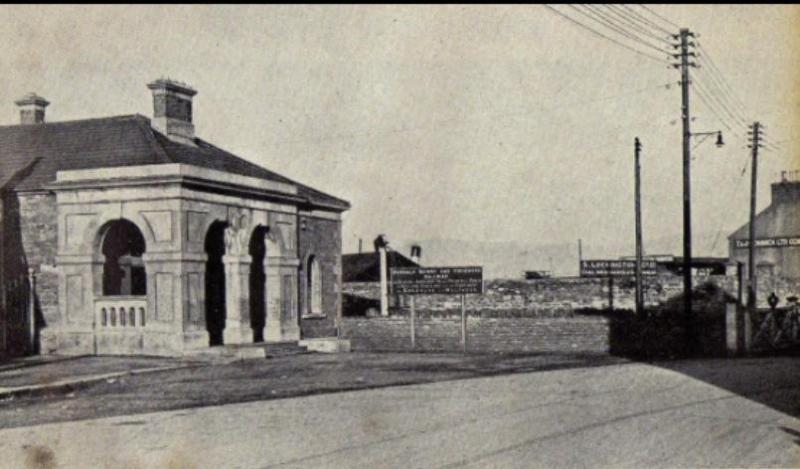 Where was the 'Bunch of Grapes'?
This was an old inn in Barrack Street which was owned by a man named Samuel Parks who lived in Peter Street. The exact location of the 'Bunch of Grapes' in uncertain but it was probably at the corner opposite the old Military Barrack Gate at the end of Barrack Street. It was an important stopping place for passenger coaches plying between Dundalk, Drogheda and Newry before the coming of the railway to Barrack Street in the middle of the nineteenth century.
The same Samuel Parks also ran a hackney service and had a builder's yard at Fair Green, mentioned in Bassett's 'Guide to Louth' published in 1886.

Which famous family lived at what is now Ballymascanlon Hotel?
It was the home of the Plunkett family, who were related to St. Oliver Plunkett whose family were substantial landowners in County Meath. The Plunketts came into possession of Ballymascanlon House and lands in the early nineteenth century though the female line of the large landholding Foster family. The most famous was the Hon. Katherine Plunket, daughter of the Church of Ireland Bishop of Tuam, born at Kilsaran rectory in 1820 when her father a curate there and lived at Ballymascanlon House for over 80 years. She died in October 1932, just weeks short of her 112 birthday, and is still the oldest authenticated person to have lived and died on the island of Ireland.

Where was Brooklyn Hall?
This was the original name of the small hall attached to the Brook Street – Ardee Terrace complex, built for workers in the nearby G.N.R. (I) Locomotive Works in 1880. It was originally a mess hall for railway workers and became known as the Railway Hall when it was later used as a sports and entertainment centre. During the World War 11 Emergency, the hall was a laboratory for Dr. Brett, a Danish chemist employed by the company. The hall and adjoining premises is now occupied by the local Baptist community.

Where was Kearney's Embankment?
This was part of the old Quay area where local people bathed during warm weather in the late 19th and early 20th century. The exact location is unknown but probably about was where Oaks Quay was located before the old wharfs were joined up by the Harbour Commissioners to make the present Quays in 1930.
Charlie McCarthy says that Oaks Quay was originally known as Kearney's Quay, probably named after an old public house run by a family named Kearney in the 19th century.