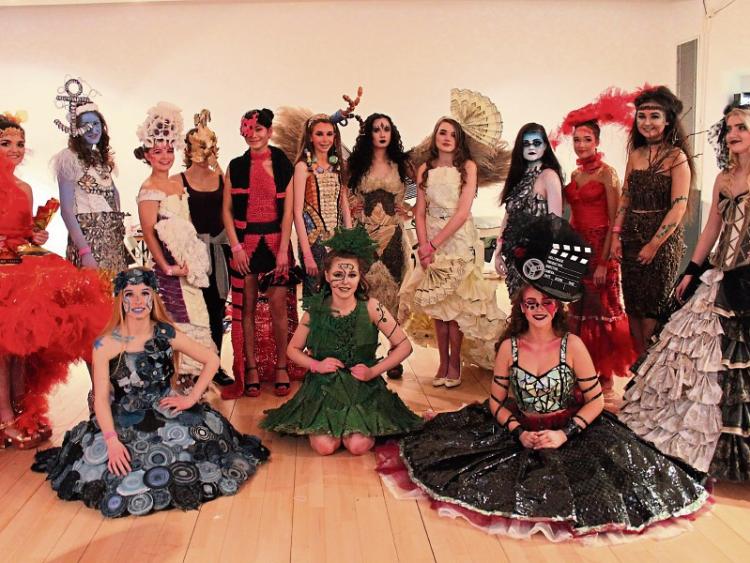 Fifteen Transition Year students from St.Vincent's school strutted their stuff on Friday night on the catwalk at the Junk Kouture Eastern Region fashion competition which was held in The Helix Theatre.

As always the atmosphere was electric as over 80 costumes from a wide selection of schools in the East took to the stage to compete for one of the coveted nine places up for grabs in the Grand Final, along with the wildcard which is yet to be decided.

This hugely popular event has gone from strength to strength over the last six years and Art teachers Caoimhe Woods and Carmel Clyne were delighted with the girls' performances on the night.

"There was a great interest in Junk Kouture this year amongst our students, particularly as this was the first year they have held two Eastern Regional shows. We were thrilled so many of our costumes made it through the online voting stage and were selected to appear in The Helix."

Carmell added: "We were delighted that 'Moulin Rouge' modelled by Ruth Clarke was one of the nine finalists chosen to take part in the Grand Final which will be held in the 3Arena in April.

"Along with her team-mates Niamh Matthews, Maeve Reilly and Dearbhla McCourt, Ruth created a fishtail design with woven onion bags, which was complimented with a wonderful headpiece.

“The vibrant orange colour really stood out on stage and Ruth's performance was excellent. This will be our fifth time to take part in the Grand Final and we wish the girls every success."