Information sought on Ladywell in Templetown 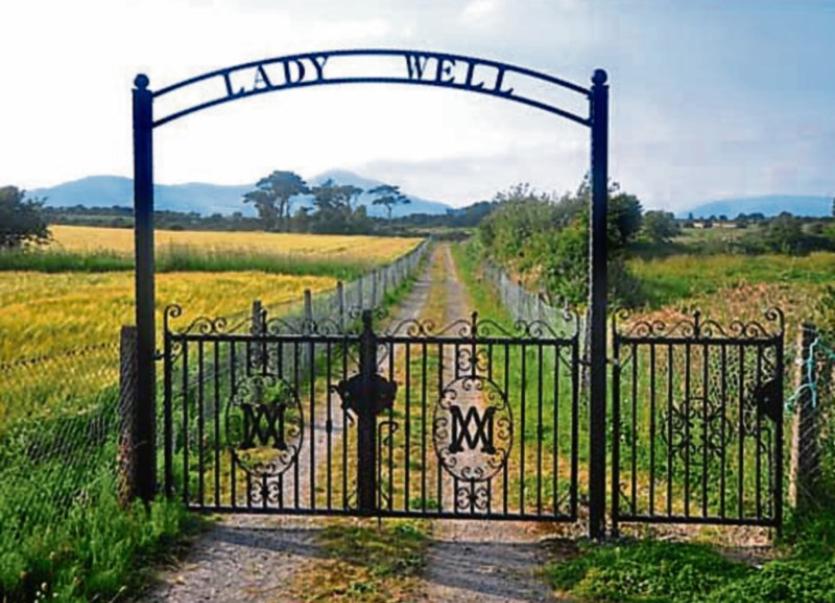 Cooley Genealogical and Historical Society are carrying out research regarding Ladywell, Templetown, Cooley Parish and are seeking the assistance of local residents in their research.

It is claimed Ireland has 3,000 Holy Wells which is more than any country in the world. The Cooley Peninsula originally had five Holy Wells. Ladywell in Templetown, Tobar Domhnaigh Well in Mountbagnall, Saint Anne’s, Jenkinstown, Tobar na Grasta, Rampark, Saint James’s Well, Muchgrange, Tobar na Haltora Holy Well and Mass Rock (Well of the ault of the mountain) and St. Patrick’s Well in the Liberties of Carlingford. This well has gone dry when repairs were made to a nearby bridge in 1946.

The main feast which is synonymous with almost all of these wells is the Assumption of Mary when Our Lady was assumed into Heaven which is a major Church Feast celebrated on August 15th. St. James’s Well celebrates the Feast of Saint James the Apostle who is the patron Saint of the Parish of Cooley.

It is not known with certainty when pilgrimages to Ladywell began. However, some historians state that when Saint Patrick and the subsequent early Saints of Ireland took water to baptise their converts they were held in veneration by the early Christians and were regarded even in earliest times as places of pilgrimage. It was only in post-Reformation times when persecution of Catholics began that large numbers began to assemble at Holy Wells.

During the Penal Laws when Catholics were not permitted to assemble for Mass, people gathered at Holy Wells where Mass was sometimes said in secret.

In Cooley, the Mass was celebrated at the Mass Rock in Whitestown. Priests were not always available due to restrictions imposed on them. In such cases, private devotions was carried out by a designated lay person.

A building was renovated and refurbished in Grange Village which became Grange Church, the main church of the Cooley Parish. It was not common for a building to be remodelled as a church as it was still the era of Mass Rocks and Mass Gardens. Priests were hunted down. Grange represents a visible sign of persecuted faith. For instance in 1756, six years before further work was carried out on Grange Church, Dr. Michael O’Reilly and eighteen priests gathered in Kilkerly for the blessing and distribution of holy oils. They were arrested and detained in custody until the Magistrate, James Hamilton, later Earl of Clanbrassil, was satisfied that it was safe to arrest them.

Ladywell has played a continuous instrumental part for a place of solitude, contemplation and religious ritual from the celtic period, through the installation and demise of the Knight’s Templars, through the Penal laws until Grange Church became the main focus for religious worship.

Ladywell is also connected to Cill Mhuire (Mary’s Church) which is situated in a marshy portion of an adjoining field which is one hundred yards due east of the graveyard. The nave and chancel of Cill Mhuire dates from the 15th/16thcentury church and is approximately 15.5 metres in length by 5.5 metres wide. It was built from roughly coursed limestone boulders synonymous with the Cooley area.

Locals still hold to the belief that the waters rises on Lady Day which is different to the level of water than that on the previous day. Small bottles are still taken home by local people throughout the year to procure a cure. Several cures were recorded. For instance, it is stated that in the 1930’s a woman obtained a bottle of Ladywell water which she applied to her knees which resulted in eradication of all pain which was related by Mr. Daniel Finegan.

He stated that when he was a child, his father hired a servant girl at the hiring fair in Dundalk who was a stranger to the district. On her first morning in the house she was instructed to go to the well for water which was located close to Lady Well. However, the girl mistook Lady Well for the ordinary well and took a can of Lady Well water home. She filled the kettle with water from the can which she duly placed on the fire.

Finally she discovered that she was unable to boil the water which she related to the Finegans.

Due to the fact that Ladywell Tenpletown still exists as a pilgrimage site, people must still believe that an ancient holiness still exists around the well where special favours have been obtained through fervent prayer.