DUNDALK TRIVIA: Where was Timber Street? 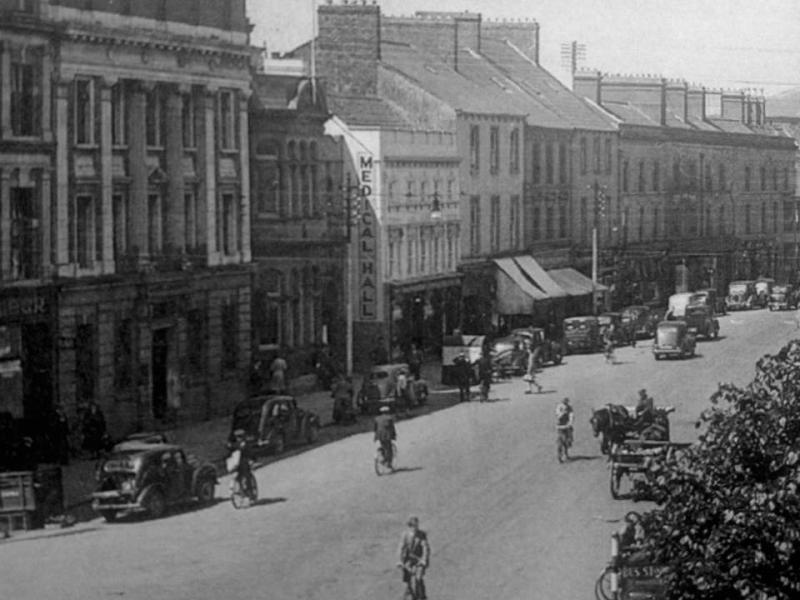 Where was Timber Street?
This was the short road the joined Quay Street with Barrack Street at the place where St. Gerard's Square was built in 1935. This road is marked as St. Gerard's Square on modern Google maps but why it was known as Timber Street is not clear because there were no houses along it and there was an open space, apart from a large tenement block, known as 'The Sandhole' beside the railway line. There was a large timber yard at the Barrack Street end, where part of St. Joseph's Park was built in 1937.

What part of town was known as 'The Broadwalk'?
This was the old name for the 'Long Walk' between the Park Street Gate of Lord Roden's Demesne, down to 'Dundalk House', off Church Street. The Dundalk Urban Council purchased the Demesne in the 1920s to build local authority houses.
The Jocelyn family permitted townspeople to use the Walk for recreational purposes and some residents were permitted to graze milk cows along it. George Bassett, in his Guide to Louth, published in 1886, writes 'Many townsfolk keep their cattle in the Demesne and, by permission of Lord Roden, it is really a People's Park in the true meaning of the description'.

Why was the Dundalk Public Utility Society formed in 1930?
This was a limited liability company that was formed to build affordable private houses for its members. The Dundalk population was growing following The Great War and the War of Independence and Civil War and there was a great demand for better accommodation. The Society built about 70 two storey houses in the Demesne, near St. Patrick's Hall, with the aid of Government grants. A number of Dundalk Democrat employees were involved in the enterprise and the scheme became known locally as 'The Utility Houses'.

Which Dundalk school is built on Major Brown's Meadow?
The new St. Mary's College is built in the middle of this land. The Marist Fathers originally only owned the land behind Church Hill House which they purchased in about 1860 but were anxious to have a farm to support their boarding school. The land between about where the entrance gates to the new College are located, down to the sea, was owned by Lord Roden. In the 1870s the Earl donated St. Helena Park to the Dundalk Town Commissioners and in 1872, Fr. B. Forrestier, the second Superior of the College, rented the remaining portion of the old meadow, named after one of Lord Roden's land agents, for £30 per annum. In 1887 the Marist Father purchased the property and enclosed it with a wall.