Host of events to celebrate life of Dundalk-born suffragette 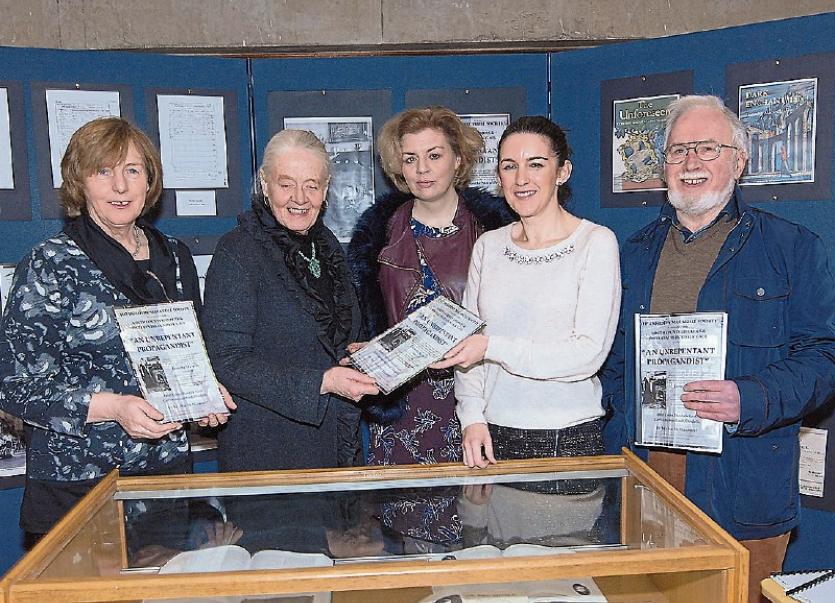 This weekend sees a major event being held to celebrate the life, works and values of Dorothy Macardle (1889 to 1958) - Dundalk born Suffragette, Socialist,Irish Republican, Irish Civil War internee, Internationally renowned author and playwright, historian and above all, like her father before her: Humanitarian, entitled; "An Unrepentant Propagandist" takes place in Oriel Centre Dundalk Gaol, Carrick Road Dundalk, next weekend on 3rg,4th,5th March 2017.

In everything she did whether it be her writing, her humanitarian work or her political work, she was always delivering a message, as all great artwork does.

Dorothy's Humanitarian work started while at School in Alexandra College Dublin where she was a members of the school’s Charity Group, bringing food to the poor of Dublin.

Alexandra College was in Earlsford Terrace at the time and Dorothy would have seen at first hand the poverty in the tenements in that inner city part of Dublin.

She founded "The White Cross" with Maud Gonne and others in 1921 as a mechanism for the distribution of funds raised in America by DeValera through the "American Committee for relief in Ireland".

Dorothy with all the others was appalled at the wanton bombing of Dublin by the British during 1916 and the utter hardship endured by the already poverty stricken people of the bombed tenements.

The effects of war on ordinary people and in particular children, was close to Dorothy’s heart.

As well as the devastation in Dublin, Dorothy saw the destruction in Europe after the first world war when she accompanied the then Taoiseach Dev Valera to League of Nations meetings in Geneva during the 1930s.When the second world war broke out she was determined to do something about it.

She spent these war years in London, with others, bringing children from war torn Europe and wrote a book about it "Children of Europe".

In the early 1950s Dorothy tried to have the Government review the Magdalene Laundries and other such institutions that used child labour. Dorothy was reared in Seatown opposite The Mercy Convent and no doubt saw the orphaned children laundresses, as they were walked out in a regimented line for their daily exercise.

Clare will speak about the work Dorothy did and relate it to her own humanitarian work now.

This will be chaired by James MacGuill who is involved in many civil rights issues in his work as a solicitor. James' grandfather, also James "helped " Sir Thomas Macardle bring shoes into Dundalk Gaol during the war of Independents.

Dorothy’s plays were produced in the Abbey Theatre and Gate Theatre in the 1920s and 30s and her novels in the 1950s, one made into a very successful movie "The Uninvited" which we will be showing over the weekend.

Lelia Doolan former artistic Director of The Abbey will talk about Dorothy as writer and Revolutionary.

Lea Hennessy researched the exhibition on Dorothy with the staff of Dundalk Library currently on and the first leg in our adventure in celebrating Dorothy. Lea an amateur historian will give us a talk on Dorothy's family background.

She was helped in this research by Pat Mulligan who wrote the history of Dromisken NS. Genealogist Laurena Rafferty will chair this session. Ailbhe Rogers will tell us about Dorothy's experiences as an internee during the Irish War of Independents and the other women from Louth interned with her.

This will be chaired by Art Agnew, Head of The Patrick Kavanagh weekend (celebrating 50 years this year)whose Aunt Bridie Agnew Rogers was interned with Dorothy. Bernadette Devlin McAliskey will give an overview of Dorothy's contribution to Irish History and beyond and this will be chaired by trade unionist Tom Dooley DKIT.

Music will be provided by Macardle award winners Violinists Patricia Treacy, Cliodhna Ryan joined by Robert Panter on Viola and 2014 winner Saxophonist Robert Finegan. Two plays one by Dorothy herself "Ann Kavanagh" retrieved from The Abbey Theatre Archive after nearly 100 years by Lelia Doolan,this will be performed in a rehearsed reading by the actress Sharon and friends and the award winning director Declan Gorman is on hand to direct the play.

Joan Ryan has written a play/theatre piece on an aspect of Dorothy's life and this will be performed on Saturday night 4th March at 7.30pm by Pop-Up theatre directed by Una Kirk with actors Bronagh Daly, Joan Wilson and Carol Ann White.

The following discussion will be chaired by that renowned thespian who happens also to be our State Solicitor for Louth; Fergus Mullen. Fergus' sister Ciara Wiseman will head up the group providing us with refreshments on the weekend. We have a fantastic line-up of Comhaltas musicians in Kay Webster, Padraig Donlon,Deirdre Ní Bhuachalla, Daithi Kearney Lorraine McMahon,Ursula Byrne,Paul Mc Mahon and Bríd Dooley at our opening concert on Friday night 3rd March at.7.00pm.

There will be readings from Dorothy's work Mona Daly Fachler, Mary Reilly, Sharon Mc Ardle and a very special guest. Kay Webster Dooley and her staff of Oriel, will be helped with the smooth running of the weekend by Rosetta Whyte, Gabrielle Tuomey, Mary Reilly Mona and myself and Jill Hennessy who is coming especially from Scotland for the weekend.

Costs are kept to a minimum:The full weekend of events including meals costs €75, with OAPs, students and Social Welfare recipients paying €45.It is possible to go to individual events, prices on applications. Enquiries and tickets from Constance Short in Blackrock 0429322172 and Oriel Centre Dundalk Gaol, Carrick Road: 9328887.

The Winsor Bar is serving food earlier than usual at 5.30 on Saturday night.