PHOTOS: Over two years on and this busy Dundalk road is 'still a mess' 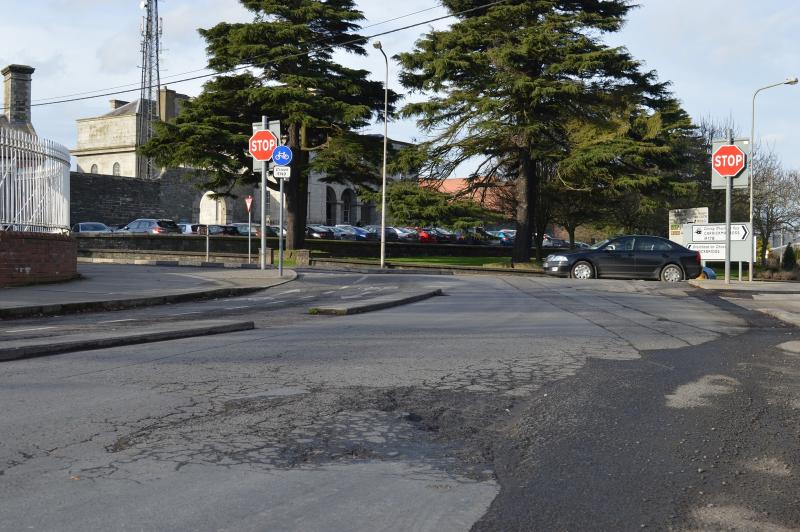 The potholed and pockmarked section of road at the top of Stapleton Place, adjoining The Crescent, Dundalk, is "still a mess" over two years on - even though the issue has been brought to the attention of the council.

According to posts on www.fixmystreet.ie - "a site which helps people report, view, or discuss local problems they’ve found to their local council" - the first report of the badly damaged road was made on Sunday December 7th 2014 - over two years ago - with the most recent post going up on Tuesday January 10th this year, however there has been no response to the posts, nor anything done to fix the road in that time. 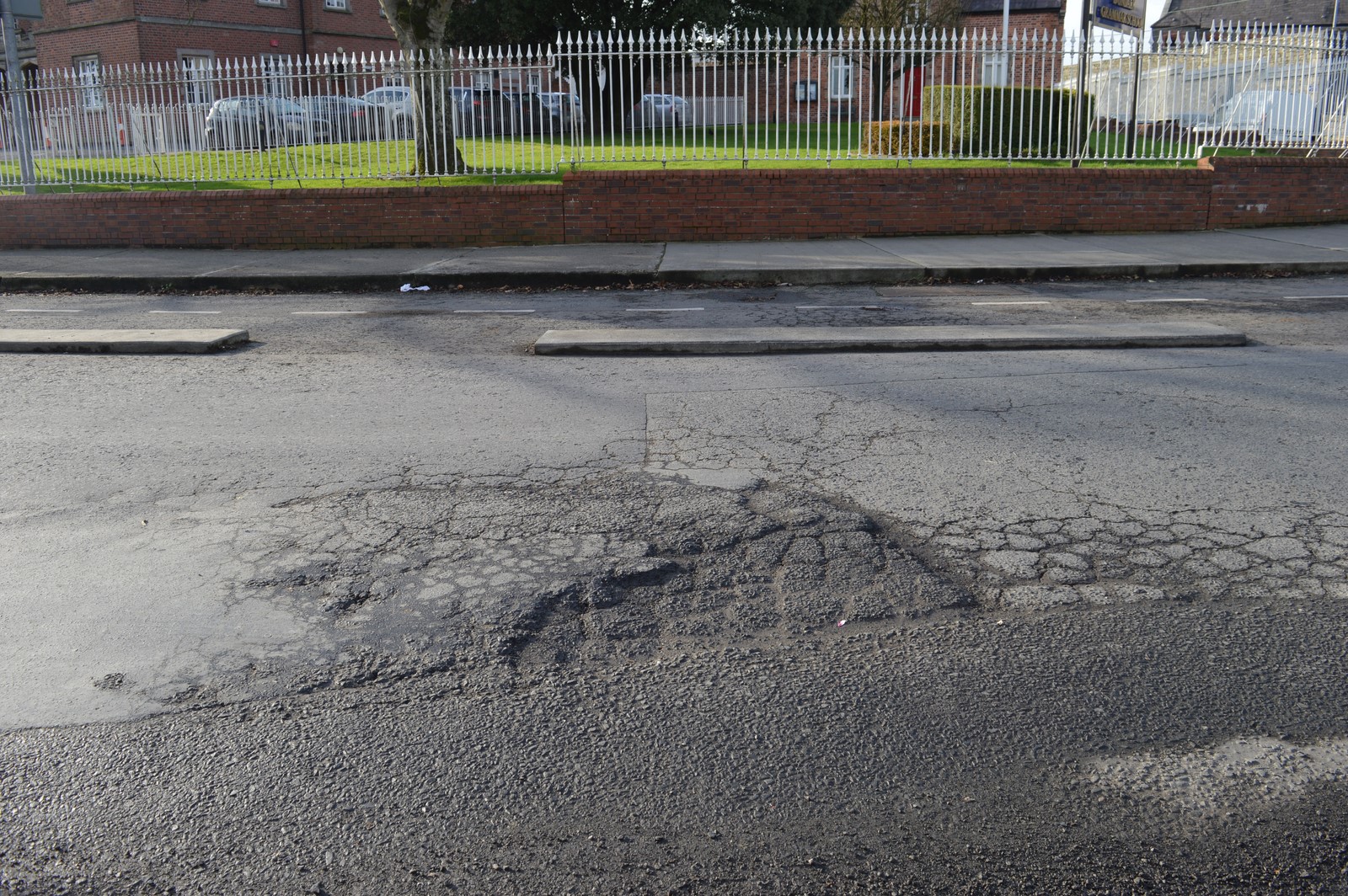 A poster back in April 2015 stated: "No change in road surface. Still a mess"
And the most recent poster, just this month, updated the site saying: "The same patch of road is still damaged and pot-holed."
One local resident, speaking to the Democrat, queried why this busy town centre road, beside the Garda barracks and Dundalk Grammar School, has not been repaired.
"Why promote people to use it (the website) when you do nothing at all about it?" 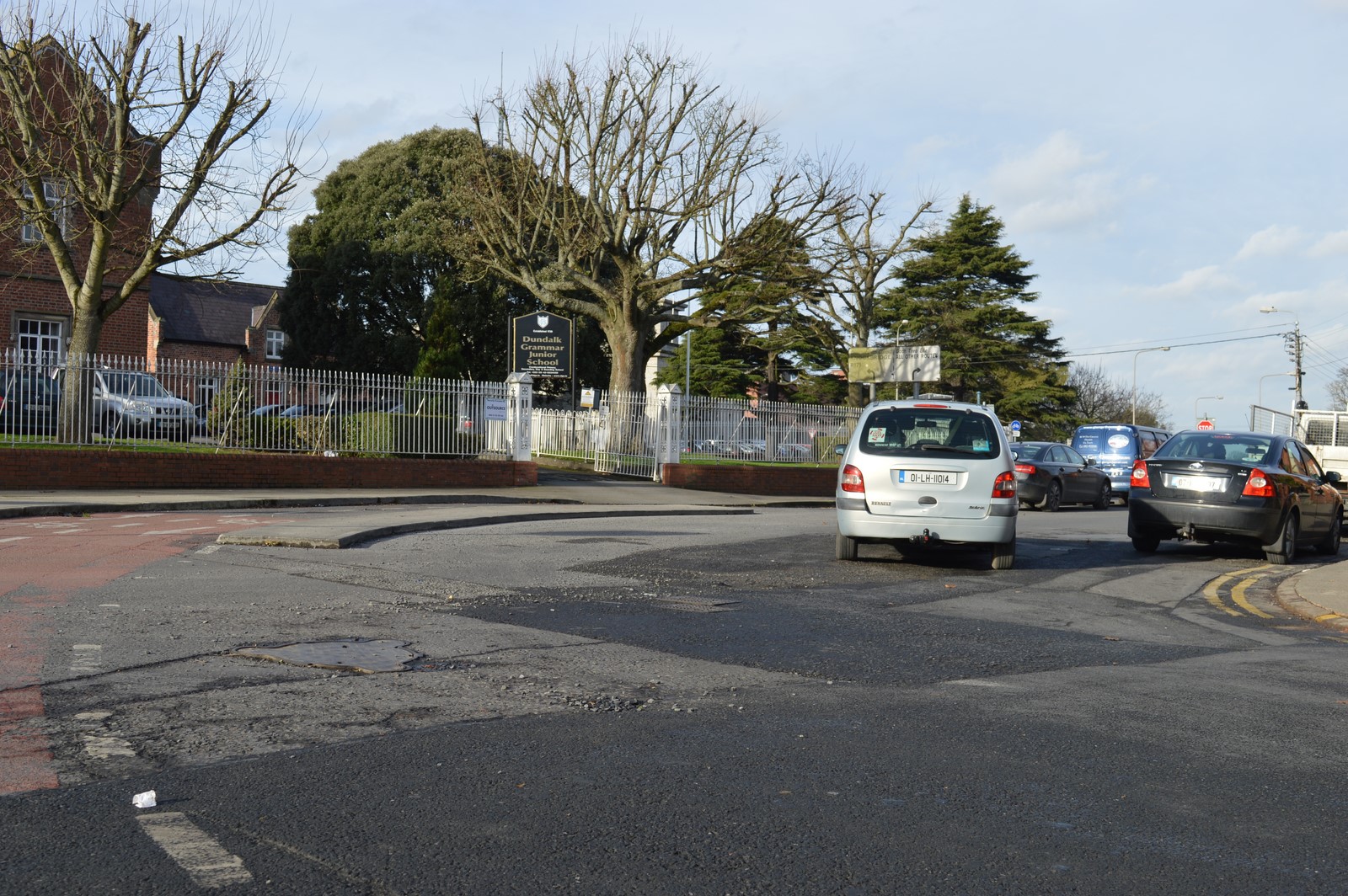 Yesterday it was announced that over €5m was to be allocated to improve roads in county Louth, however, as of yet, none of those funds have been listed to cover the repairs to Stapleton Place/The Crescent.
The Democrat contacted the council for a comment and was told: "This matter was raised at the Dundalk Municipal District meeting on Tuesday 10th January and is being looked into by the Council’s Operations Department."