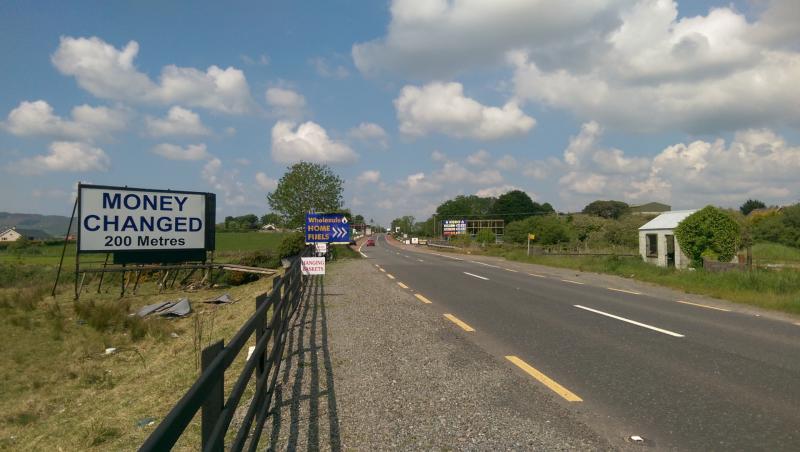 The old custom border at Carrickarnon.

Fianna Fáil TD for Louth and East Meath Declan Breathnach has slammed Theresa May's vision for Brexit, describing it as the 'worst possible news' for the people of Northern Ireland.

Deputy Breathnach said, “While she says maintaining the Common Travel Area between UK and Ireland is a priority, she is intent on a hard Brexit and is very vocal in the area of controlling immigration. How is she going to control the border between our two nations, which stretches to 499 Km?

“We must remember too that any plans she has, including those in relation to maintaining the Common Travel Area with us, or in treating Ireland in any way differently to other EU nations, has to have the agreement of the entire EU.

“Her speech was full of aspirations for a Global Britain. She wants to retain full trading rights with the EU whilst at the same time leaving the Single Market. She said that the UK is not looking to be half in and half out. However, it seems she wants to retain all their rights without making any contributions.

“While she said that EU nationals will still be welcome, she stressed that Brexit will mean that full free access will end. What will that mean for the numerous Irish living in the UK? We don’t know. From here on in, the UK will be targeting only the “best and brightest”.

“May spoke of the need for unity as the Brexit negotiations get underway. However, for the people of Northern Ireland, who already have the highest unemployment and poverty rates within the UK, a hard Brexit, as has been proposed today, is the worst possible news. The impact of exit from the Single Market and Customs Union will be catastrophic.

“For the border regions both North and South, we need to be assured that the future of Peace IV and Interreg funding following the UK exit from the EU will be guaranteed. While these funds have been guaranteed up until 2020 we need to have assurance beyond that. The importance in terms of meaningful cross-border co-operation and relationship building of these programmes cannot be underestimated and the UK cannot turn its back on this. We cannot let the magnificent work of the Good Friday Agreement go to waste and this must be dealt with in our negotiations with the UK”.