Second year of 'catch and release' in the Fane River 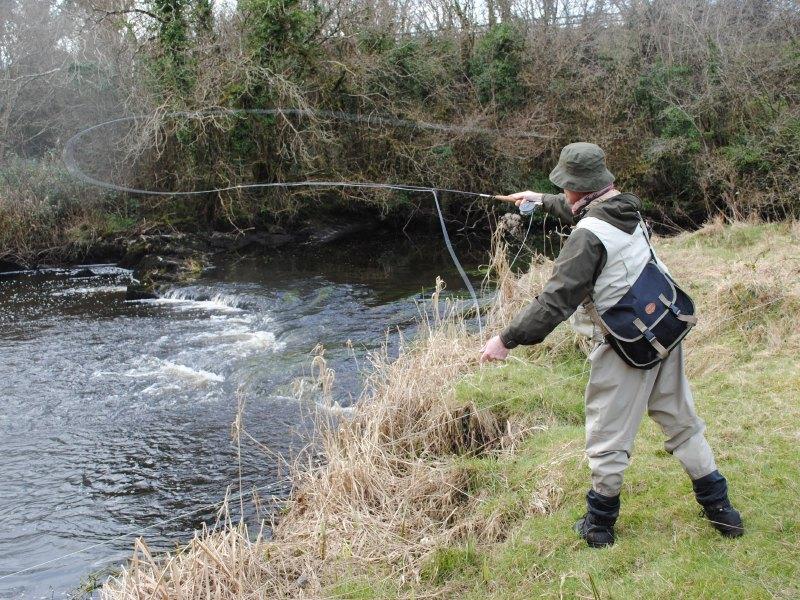 For the second year in a row, the River Fane is open for the fishing of salmon and seatrout (over 40cm), on a “catch and release” basis.

That means that anglers are not allowed to kill salmon or seatrout (under 40cm may be killed). They must fish with a single, barbless hook and not fish with a worm.

Dundalk Salmon Anglers Association is one of a few clubs operating on the River Fane. They control the fishing rights from Knockbridge down to the sea at Blackrock along with a small fishery upstream.

The Association was founded in 1961 by a forward thinking group of men.

The Association purchased the Shuckburgh Fishery, running from below the Ardee Road bridge to the sea. In so doing they stopped the legal netting of both salmon and seatrout allowing these fish to run the river system and have the freedom to spawn. The Association President, Mr. Val Wynne, is the last of these founder members.

Dundalk Salmon Anglers Association has overseen the development of our fisheries over the years, opening access routes, constructing styles, bridges and carparks allowing anglers easy access to enjoy days and evenings fishing and being with one with nature.

In the year 2000 under the Chairmanship of Mr. Harry Arrowsmith, and with aid of Louth Leader a hatchery was built and equipped. Its function was to help re-populate the small rivers and streams of the upper Fane with salmon. Over the many years these small rivers and streams in Monaghan and Armagh were without salmon due to obstacles in the river and pollution. The club members operated this hatchery over the winter months and the eggs were then planted in these streams by the Eastern Regional Fishery Board, now the Inland Fishery Ireland and the North of Ireland Conservatory Board.

However our salmon stocks are in decline like a lot of our rivers in Ireland and the British Isles. The angler, along with the farmer is thought to be the custodian of the rivers, observing the changes that occur. They see first-hand the changes that are taking place as well as those that have occurred. Our club, like many others have encouraged catch and release on our waters for many years now. The problem of declining stocks must be addressed but stopping a young angler or an elderly angler from sitting along the river bank fishing with a worm is not the answer.

Our Government along with the EU must address the over fishing and exploitation of the salmon stocks in our seas.

In addition, the scourge of the salmon farms are sea lice infestations that greatly effect the salmon smolts (young salmon going back to sea from our rivers) which are known to do great harm. Pollution in the water systems of our rivers and lakes is a very worry factor too.

Dundalk Salmon Anglers Association is open for membership. We encourage both young and not so young to come to our fisheries and enjoy the company of our membership and nature.