Full house for the Wren Boys' night in Dunleer x 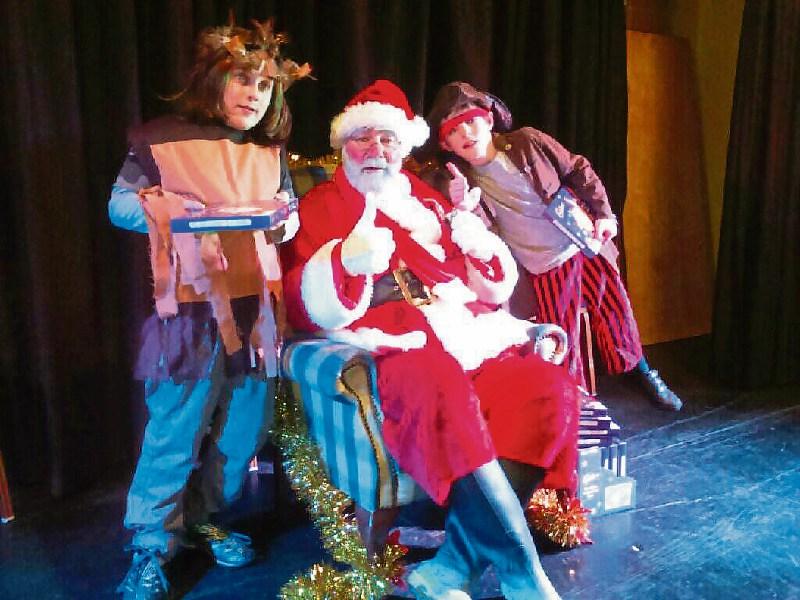 There was a packed house in Teach Scoraiocht Dunleer for the annual Wren Boys night.

The first to appear was Santa Claus himself and he met all the children and handed out selection boxes to them all and told them to be very good as he will be watching everybody from now until Christmas.

Then there was the Wren Competition itself with lots of little plays and musical pieces performed by the young children. Then came the Fancy Dress.

Chairman of the Judging panel founder member of Scoraiocht Lannleire Mr Bartle Woods from Dunleer said that the standard was very high indeed. He praised the children and their parents on the effort they made in costumes and the various little performances.

MC for the evening Mr Peter Farrelly also praised all those who took part and all the Teachers in Scoraiocht for putting so much time an effort in to the event.

The highlight for the evening was during the interval when the winners of the recent S Factor Charlotte's Idea performed their winning song. A big effort was made by Rose Downes, Oliver Lynch, Declan Dunne, Bernadette Sharkey in helping to make the night a huge success. Also on the Judging panel was Aine Downes daughter of Rose Downes.