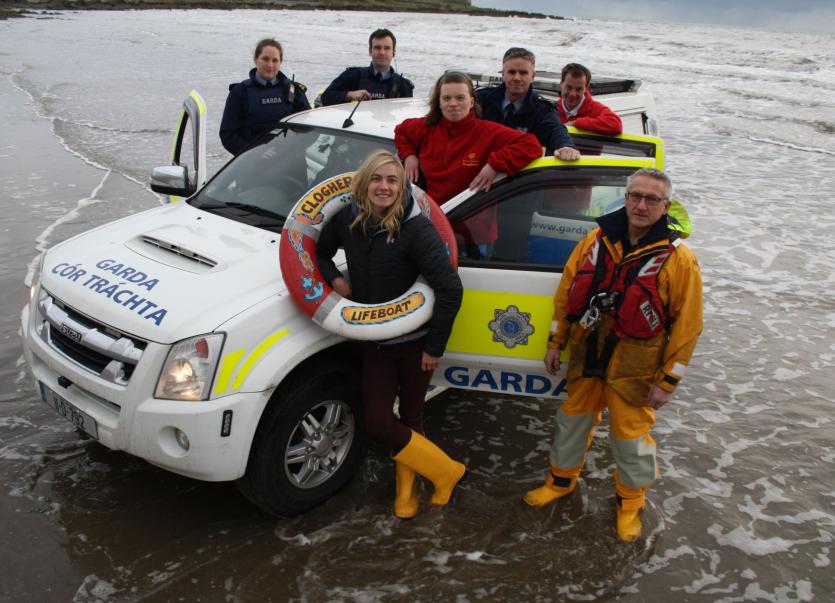 Louth’s Polar Plunge for Special Olympics Ireland proved to be another massive success with a biggest ever turnout at Clogherhead Beach.

Over 150 fundraisers braved the chilly waters of the Irish Sea and declared themselves ‘Freezin’ For A Reason’ in aid of Special Olympics athletes in the region.

Over €7000 has been raised so far with even more pledged in the coming weeks.

The Special Olympics Polar Plunge is a nationwide annual event since 2008. In 2016, the icy challenge was staged for the third time in Clogherhead.

The event, which is supported by the Law Enforcement Torch Run and the Garda Síochána, was timed for high tide at the popular beach and a fly-by from the Irish Coast Guard Rescue Helicopter 116.

The Clogherhead RNLI Lifeboat Station was the operations hub for the day.

Members of the defence forces from Aiken Barracks Gormanston Camp erected large tents for changing facilities with some also taking part in the plunge itself.

A number of distinguished guests were in attendance including Mayor of Drogheda Oliver Tully and Special Olympics Patron Mary Moran (Dundalk).

Regional Fundraising Coordinator Louise Duffy said: “The Special Olympics Polar Plunge is really is going from strength to strength in Louth. Taking a dip in the Irish Sea in December isn’t the most pleasant thing in the world, but what really makes it worthwhile is the atmosphere and the camaraderie you see amongst locals and the people who travel to the event.

“Having the Gardai Siochana, the defence forces and emergency first responders here ensures the event runs smoothly, but they also add a huge amount of excitement to the event. Fundraisers get a massive boost when they see them getting involved and getting in the water too, which they did brilliantly this year again. Our Special Olympics athletes appreciate it the most though – it means a huge amount to them to see people getting Freezin’ For A Reason!”