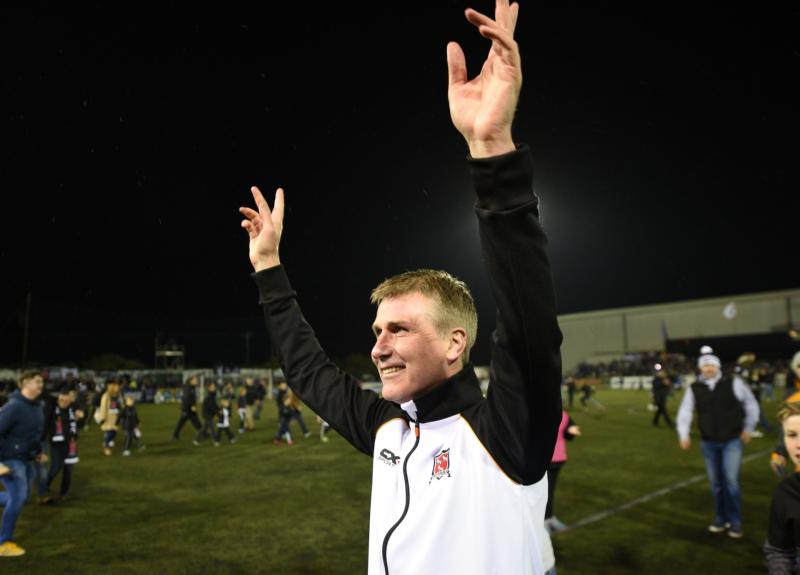 In what was a phenomenal year for Irish sport the judging panel, consisting of Ireland’s leading sports media, had a tough decision, with the achievements of Stephen Kenny rising to the fore.

Stephen Kenny joined Dundalk FC in 2012, when the club was at the bottom of the league and on the brink of extinction, and this year he has guided them to capture the SSE Airtricity League Premier Division for the third season in a row, as well as a superb run in the FAI Cup and in European Competitions.

In August, Kenny led Dundalk to a 3-1 aggregate win over BATE Borisov in the Champions League, leaving them just one win away from making the group stages of the competition.

Dundalk were narrowly beaten by Legia Warsaw in the final playoff round. However, they were already guaranteed a place in the Europa League group stages.

Also in attendance were the other sports managers who had won monthly awards this year, representatives from Irish sporting bodies, the media and trade customers of Philips Lighting Ireland.