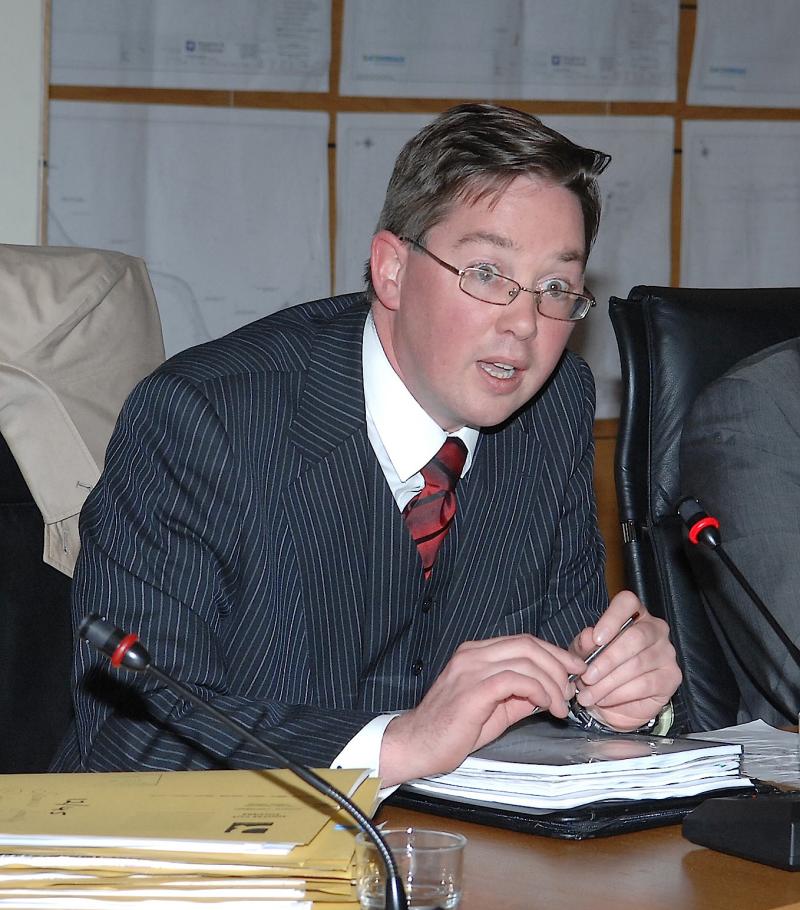 The town has been left shocked at the sudden death of former Fianna Fail town councillor Sean Bellew at the age of just 41.

The son of Jimmy Bellew, Sean was elected to Dundalk Town council in 2009.

An avid Dundalk FC fan, he traveled far and wide following the team and was in attendance at a number of their away fixtures this year in the Europa League. The Dundalk Democrat understands that Mr Bellew had been set to travel to the Dundalk vs Alkmaar match in Tallaght Stadium in Dublin last night, but when he didn't attend friends visited his apartment to check on him.

When he didn't answer the door, emergency services were called and they forced entry into his apartment, where they found Mr Bellew's body.

Mr Bellew had suffered a stroke within the last 12 months, but he had returned to work, where he was helping refugees with legal matters.

Fianna Fáil TD for Louth and East Meath Declan Breathnach has expressed his sadness on hearing of the untimely death.

“My first thoughts must go out to his parents Jimmy and Nuala, to his siblings and wider family.”

Sean’s passion for both the town of Dundalk and County of Louth was evident in everything he did. He was very aware of the impact of any decision made locally on peoples’ quality of life.”

“At 41 years of age, this is a terrible loss of a good mind and person.”

“The Bellew family is a great political dynasty and Seán made a tremendous contribution both inside and outside the Fianna Fáil fold.”

Son of Jimmy Bellew (Long Avenue) and Nuala (neé McArdle, St. Malachy's Villas), he was educated C.B.S. Dundalk and Coláiste Rís Dún Dealgan, before going to study law at UCD where he attained a BCL; LLM in Commercial Law.

He became a practising barrister in 1999 and also lectured part-time in law at DkIT between 2000 and 2008. He continued to work as a barrister up until his untimely death.

He left Fianna Fail in 2014 and ran as an independent in the local elections, but was unsuccessful in his bid.

He had played a significant role - along with his father Jimmy - in the computerisation of the Dundalk Democrat in the 1990s.  Former editor Peter Kavanagh said he had 'the highest regard' for Mr Bellew.