Ardee to honour all who fought in wars 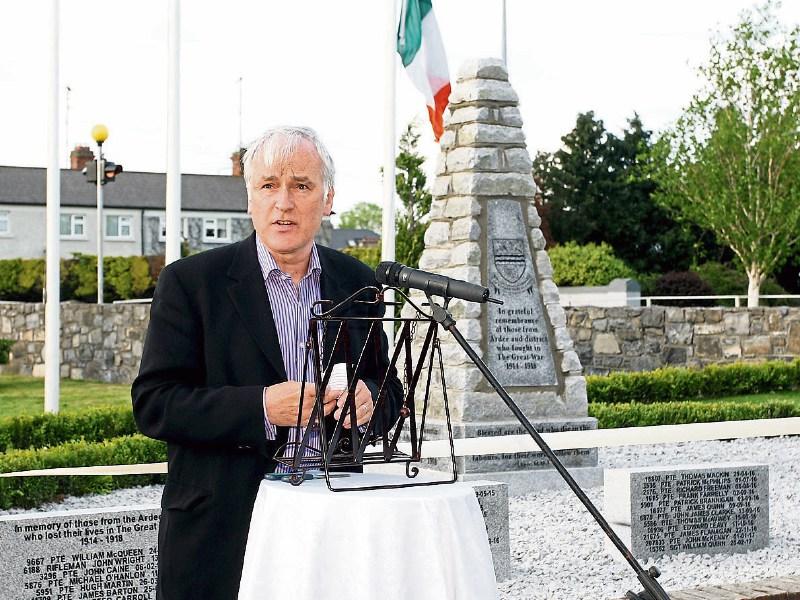 A commemorative ceremony to honour all those from Ardee and mid-Louth who died in the First World War and all conflicts around the world will be held at the Ardee War Memorial this Saturday 5 November.

The ceremony will be held at 11am. The war memorial was unveiled in 2014 by Mylesa Dungan of RTE.

It will commemorate those who died in the Easter Rising and two world wars and also whose who served with with our armed forces serving with the United Nations.

Ardee has many direct links with both world wars and the Easter Rising.

Eamonn Ceannt, one of the signatories of the Easter Rising 1916, had lived in Ardee for a short time and on the first anniversary of his death, word came from France that his brother William Kent been killed in action. This was a classic example of a divided family in a divided country.

The war memorial in Ardee was unveiled two years ago by broadcaster and historian Myles Dungan.

At that ceremony, Cllr Savage , who was chairman of the county council at the time, said the memorial was extablished to honour thedead of all wars and conflicts particularly those wars that impacted on our families our county and our country.

“In remembering our dead I sadly think of how life would have been for those who fell in battle, for their families and friends had conflict not reigned.”

There is more often than not a gentler way.”

He finished by reciting Thomas McDonagh by Francis Ledwidge.