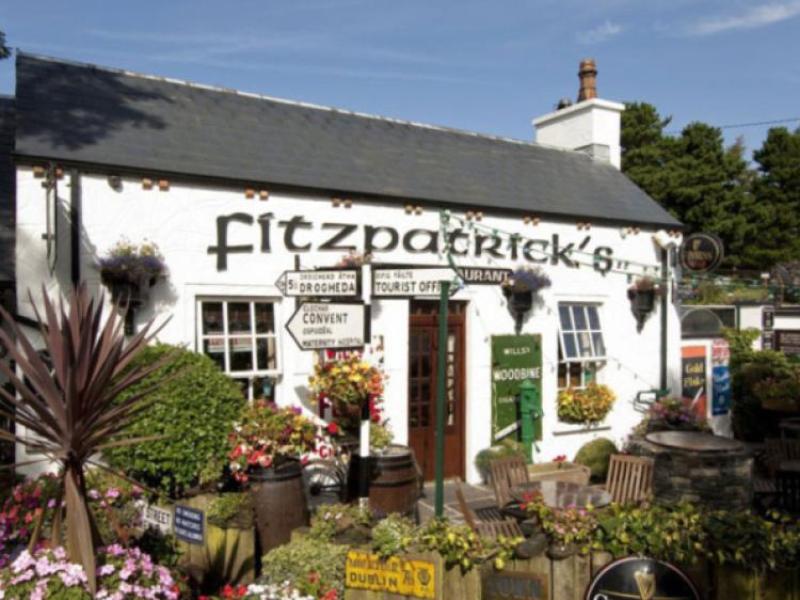 Volunteers at a popular Halloween display were 'punched', 'kicked' and 'spat at' according to the proprietor of a much loved local restaurant.
Danny Fitzpatrick - owner of Fitzpatrick's bar and restaurant - said he is considering stopping his display following incidents on Saturday night at his annual Halloween show.
Taking to Facebook, Mr Fitzpatrick said: "Over the last number of years we have done a Halloween theme at my bar for the public to come and enjoy.
"It started off in a very small way and then became bigger each year that we held it.
"Many people have said how good it is and the effort all my team put into making it happen, but that's only my team.
"Then you have the kids who give up their time and come and act for our sponsors and put a  serious effort to make things happen.
"They turn up in cold weather, in rain and even give up their studies to be here to put on a show for the public to enjoy.
"Then we have others like the car park attendants who again give up their free time after a long day at work to be here to control the car park and road way. Again, this is voluntary.
"Over the years I have had stuff stolen and yes it annoyed me but things like that can be replaced which they have been.
"However, what happened tonight and last night to some of these kids was a disgrace.
'Some of them were in tears as they got punched and kicked even spat on they were called names and physically abused by a small groups of the public these were young and older people who did this.
"I am now at the stage of rethinking all the Halloween Fright Nights for the rest of this year as I cannot put people's kids in this type of fear and torment.
"So to reassure the parents of the kids who do the acting to raise money for sick kids I am putting on extra security to stop this kind of behavior and to let people know that if you come to Fitzpatrick's with intentions of damaging or abusing anyone you will be escorted to the gate and never let back in.
"I ask parents if your kids are meeting up with friends to come here to warn them to please behave as they will be banned from here if there is the slightest bit of trouble.
"We all want you to enjoy the effort we all put into these nights and families to go away happy.
"Yet, I would not like my children to be treated like this. Would you? So if you're coming to Fitzpatrick's please behave and enjoy yourself and if you really want to help please give to the charity for kids and not abuse any of the kids giving up their time for a good cause."
ADVERTISEMENT
Advertise with Us
ADVERTISEMENT
Advertise with Us