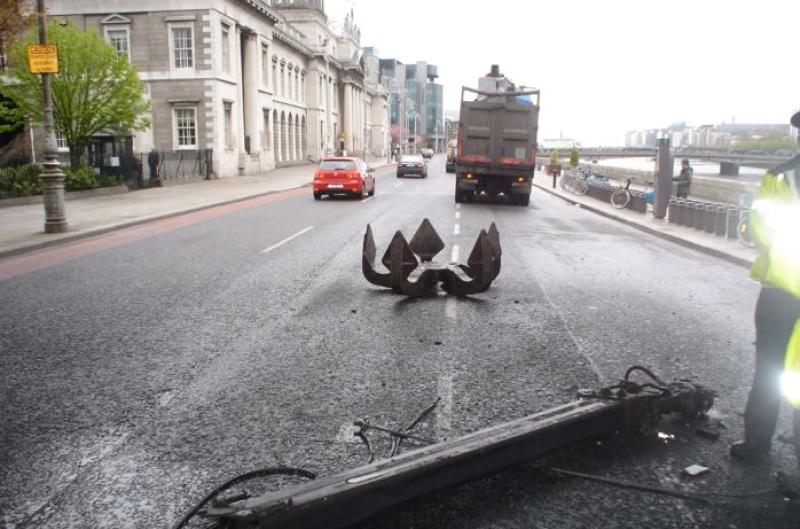 A still from the Iarnrod Eireann campaign video.

A local TD has come to defence of Ireland's truck drivers.

Fianna Fáil TD for Louth and East Meath Declan Breathnach has called upon Irish Rail to discontinue the use of their insulting advertisement and video campaign regarding bridge strikes by truck drivers in which they have labelled truck drivers as “dumb truckers”.

“Whilst I do appreciate the safety risks faced by the railway sector caused by trucks striking low bridges, the advertisement campaign is insulting and derogatory to all truck drivers.”

“Irish Rail have said that there have been 68 incidents this year of bridge strikes by trucks, however, the ad campaign is extremely insulting to all truck drivers and not just those who were involved in these unfortunate accidents”.

“I have also been in contact with the Advertising Standards Authority of Ireland to intervene to enforce Irish Rail to desist from any further use of this advertisement and video”.

“Life on the road for a truck driver is hard enough without having the public at large viewing them as "dumb truckers". Irish Rail really do need to re-think the wording of their advertisement campaign and also to issue an apology for the use of this derogatory term.”