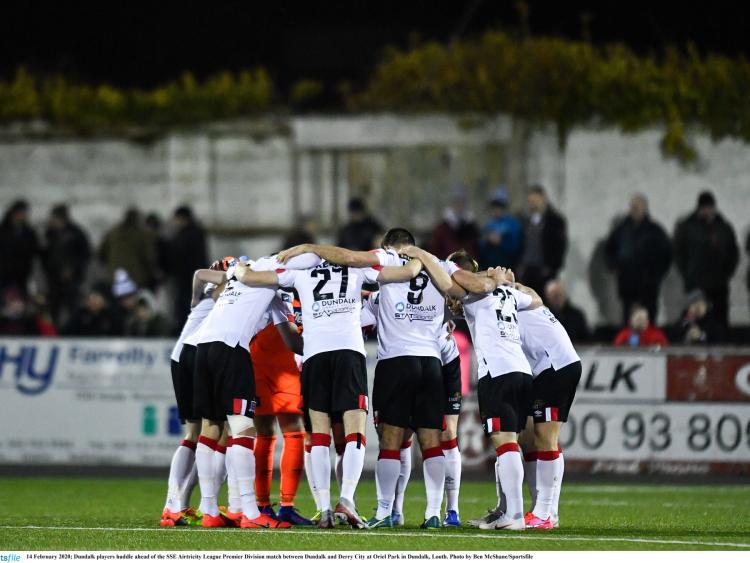 'And the message has to be got across that it is okay not to be okay.' (Pic: Sportsfile)

It’s been a strange week seeing the country taking its first steps back to normality from the awful coronavirus. A number of business outlets were allowed to open and services in sectors also permitted to return.

It was weird to see building workers head back to their jobs and hardware stores reopening. The data from the casualties has also steadily improved. But, suddenly, last Friday night, the number of renewed cases of the virus shot up to 115; a warning from our invisible enemy that it can strike at any time.

The scars from Covid-19 has left us without our loved ones. It has taken away the people who mean most to us. It has left many of us having to deal with much emotional and physical strain. This can apply to anyone, though, not just those who have lost someone as a result of the virus.

We have all had some experience of mental strain during this emergency and the issue of mental health comes very much into focus. Some suffer from short-term anxiety, long-term anxiety, and short- and long-term depression. These stark facts must be taken on board by our clubs. The people in charge must look after themselves, staff, management and players.

And the message has to be got across that it is okay not to be okay.

Everyone at our clubs must be able to feel comfortable about coming forward to talk. Support services are out there. The biggest and most important step is for a player to come forward and say they are not okay. Once people in our clubs feel they can do this it’s a huge step in the right direction. 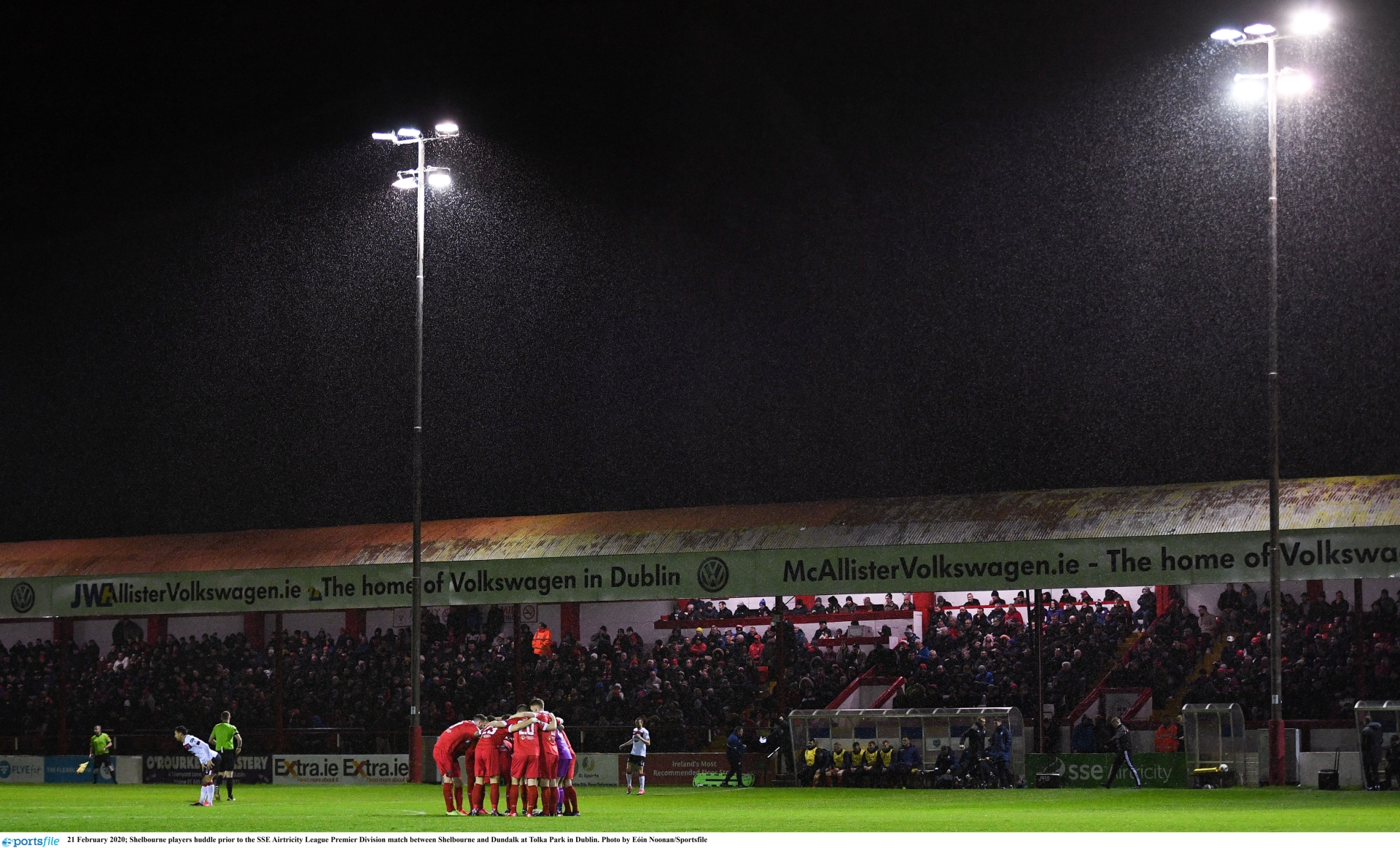 Around 12 to 14 people take their own lives in the Republic of Ireland per week. Many are men, though the number of women is on the rise. Young men form a large sector of the casualties. It’s imperative clubs keep an eye on our young men and women and never take anything for granted.

People can be under pressure for a vast amount of reasons.

Players and managers are worrying about if and when the league season will restart. Last week clubs agreed to give the FAI another two weeks to finalise a financial plan that could pave the way for behind closed doors football.

The Strategic Working Group of the FAI and club reps met by video conference and the FAI requested two more weeks to try to finalise a package to persuade sceptical clubs about the benefits of resuming the league behind closed doors.

Clubs are happy to wait another fortnight for a firm proposal given UEFA’s next executive meeting, due to take place on May 27, will now be on June 17.

The UEFA meeting is a key one as it will decide the issue of qualifying rounds of the Champions and Europa Leagues. Clubs here will know if they will be playing in the competitions in September. It would be a financial disaster if they were to lose out on places. 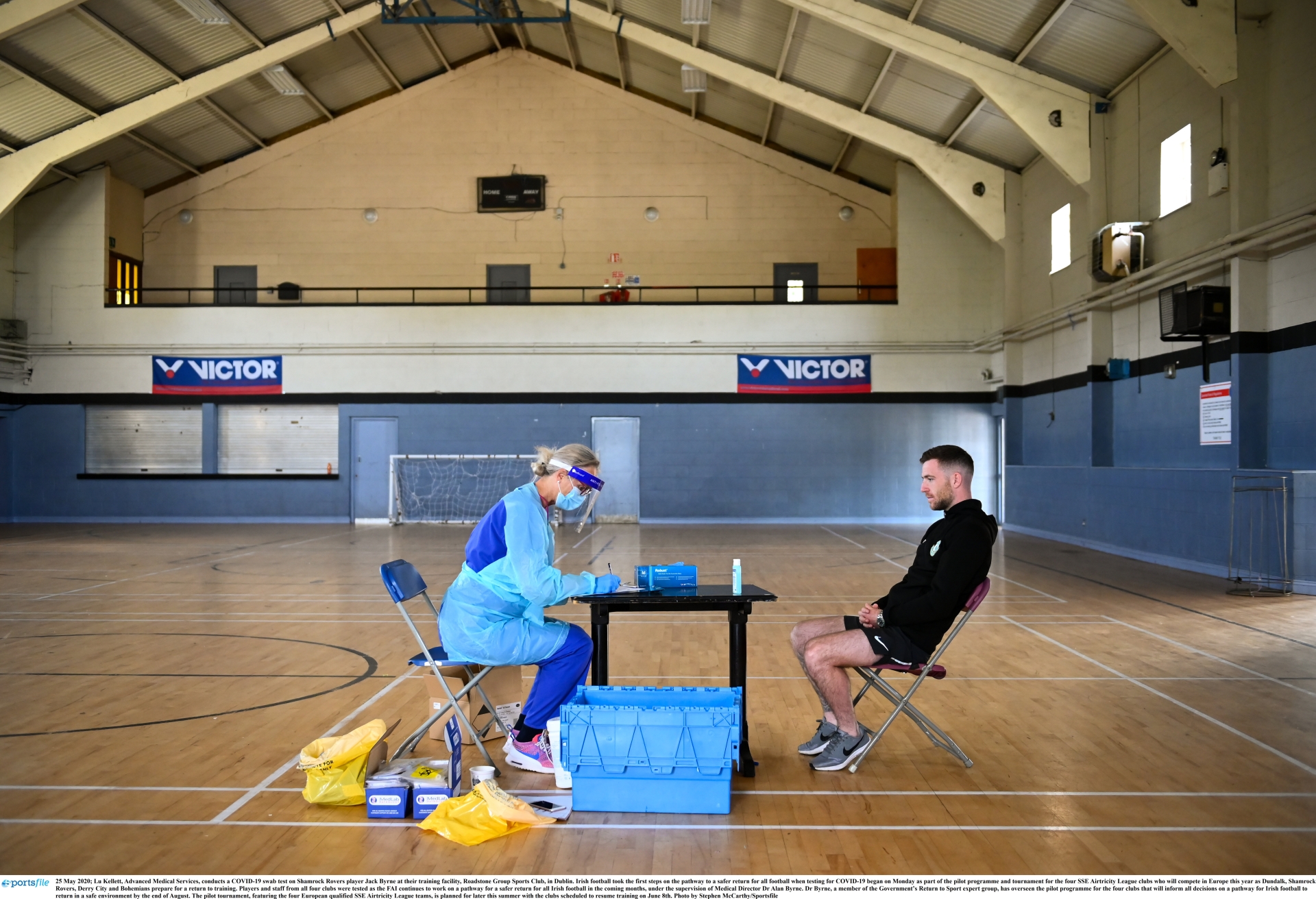 Imagine if teams don’t resume the league this season. It could then be two seasons with no European football. The good news is that Dundalk chairman Bill Hulsizer believes clubs are united in the aim of resuming the season.

Mr Hulsizer says he took great hope from Thursday’s strategic meeting and says once the clubs get the go ahead from the health authorities and government that the season will restart.

UEFA, FIFA, the FAI and clubs, he adds, are all anxious for a restart and, in line with the FAI’s safe return policy, the Dundalk squad were due to undergo Covid-19 testing yesterday ahead of collective training on June 8.

Dundalk, Derry, Shamrock Rovers and Bohemians will take part in a behind closed doors tournament in early August. Only our four European qualifying teams will play in this as competitive match experience is so important on foot of the league being put on hold.

Incidentally, it looks as if this tournament will be played at Tallaght Stadium instead of the Aviva Stadium. This makes complete sense as Tallaght is a fabulous venue.

Meanwhile, Lilywhites boss Vinny Perth (cutout) and his team took part in Muirhevna Mor FC’s fundraising initiative, Run 24, which happened at the weekend. The event was run on Sunday in aid of Cuidigh Linn, an organisation based in Muirhevnamor that caters for the elderly in the Holy Family Parish and further afield.

Perth, Pat Hoban, Brian Gartland and Chris Shields were involved alongside former club chairman Ciarán Bond and players Simon Kelly, Micky O’Kane, Stephen McDonnell and Tiarnan Mulvenna. Other ex-Dundalk stars, Dave Rogers and Johnny Breen, took to the track in America and Canada respectively for the same cause, as did Dean Arrowsmith, a former kitman with the club.

Furthermore, Dundalk goalkeeper Gary Rogers presented Verona Lennon and Johnny Foran with the jerseys he put on auction for the Jack and Jill Foundation. It raised €2,800, while Perth raised a very sizable amount of money with the sale of his league winners’ medal from 2019. Funds were raised for the local Rehab organisation.

On another note, a survey by the Irish Supporters Network has shown that football fans have mixed views on how the league should proceed this year, but all are supportive of measures to help their clubs through the pandemic.

In all, 52.7 percent of participants said they were in favour of behind closed doors matches, while a huge 47.3 percent were against. Thirty-three-and-a-half percent were in favour of a fully streamed service, where everyone pays a fee, followed by a service that would be free to certain groups within the supporter base; for example, season ticket holders or club members.

Just 8.7 percent voted preferably on a lottery-type system that would allow some fans to attend in small numbers while socially distancing.

Finally, Kieran Lucid has put forward his final set of proposals for an All-Island League. Derry City have given the manifesto their full backing. Indeed, they have a lot going for them, but until we can get our own league up and running for this season, all attention will be focussed on this massive issue.

Have a good, safe and peaceful week. And, please, do not forget to be careful out there.