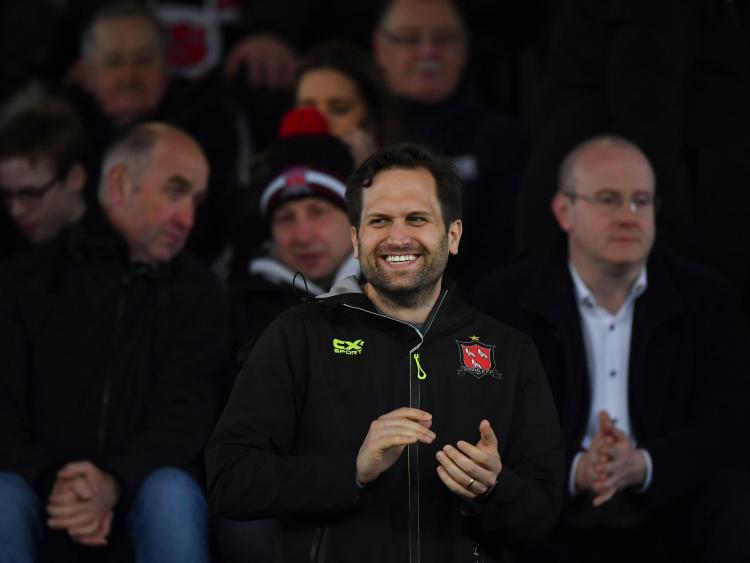 Mike Treacy has stood down as Dundalk FC chairman after two years in the role. (Pic: Sportsfile)

Mike Treacy has stepped down as chairman of Dundalk FC, the club have announced.

Bill Hulsizer, father of PEAK6 head Matt Hulsizer, will succeed the outgoing American at the helm.

Treacy, who has worked for PEAK6, owners of The Lilywhites, for over a decade, leaves his role after two years at Oriel Park, in which time Dundalk won back-to-back Premier Division crowns.

In a statement, Treacy highlighted family reasons for his decision to seek an alternative career arrangement.

He said: "My family and I have decided it’s time for me to step aside from PEAK6 and focus on my wife Laura’s medical career during this pivotal stage. Moving on to the next chapter will unfortunately require I step down as Chairman of Dundalk Football Club. I am honoured to have served as Chairman these last two seasons and forever grateful to the Dundalk community.

"While this was a difficult decision, I am excited for Bill to assume a larger role with Dundalk FC and lead the Club’s continued progression both on and off the pitch. His passion and commitment are unparalleled as Dundalk FC begins a new decade of football.”