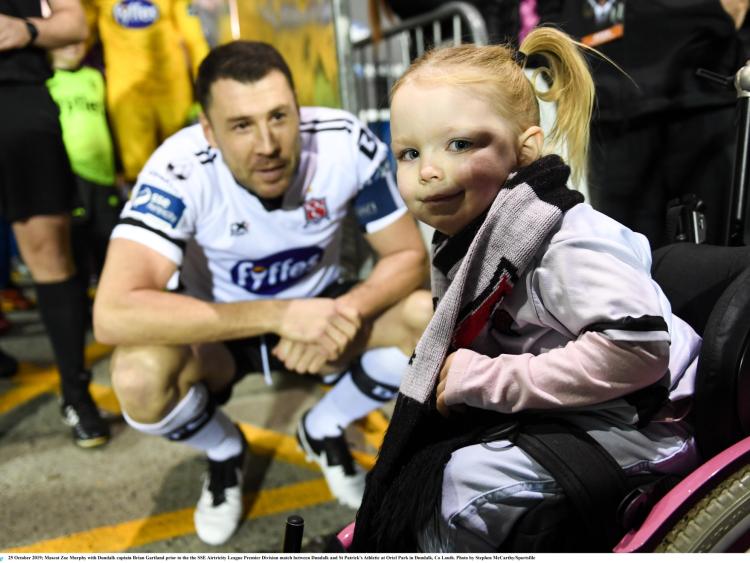 Seán Gannon was crowned Dundalk FC’s Supporters’ Player of the Year having enjoyed arguably his best-ever season with the club. The end-of-season awards were presented prior to the last league game of the season at Oriel Park on Friday night.

The right-back signed back in 2014 having been part of the league-winning squads at Shamrock Rovers (2011) and St. Patrick’s Athletic (2013).

A model of consistency, Gannon has gone on to win five titles in his six seasons with Dundalk.

This year, his contribution was huge, including the only goal of the game as Dundalk saw off Shamrock Rovers 1-0 at Tallaght Stadium in June to fire the defending champions eight points clear at the top.

Overall, in all competitions, he provided seven assists and scored two goals, his other strike coming with the precious equaliser in the EA SPORTS Cup final at Derry City which forced extra-time and ultimately led to Dundalk lifting the first part of the domestic treble in September.

Michael Duffy collected the other two player awards as he scooped both the Players’ Player of the Season, voted for by the squad, and the Goal of the Season after his rocket that sealed the SSE Airtricity League Premier Division title against Rovers at Oriel Park last month.

Supporter of the Year was also announced, with Zoe Murphy winning the award. Zoe – who received a special visit from striker Georgie Kelly earlier in the day – will travel to the United States in the coming days to have Selective Dorsal Rhizotomy (SDR) performed by a specialist surgeon having been diagnosed with spastic Quadriplegic Cerebral Palsy.