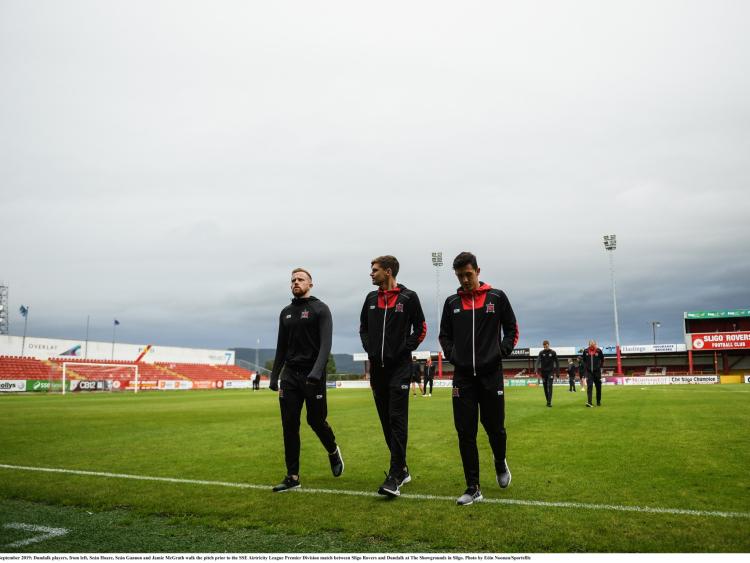 It just doesn’t seem right that Dundalk FC’s FAI Cup semi-final against Sligo Rovers has been set for 5pm on a Sunday evening. (Pic: Sportsfile)

It just doesn’t seem right that Dundalk FC’s FAI Cup semi-final against Sligo Rovers has been set for 5pm on a Sunday evening, let alone for its slot to have been dictated by RTÉ, a broadcaster far from flush with League of Ireland content.

Not only is it inconsiderate for the players involved, as they’re hanging about most of the weekend in the wait for a game, when they’re accustomed to lining out on a Friday, but it’s particularly poor form where supporters are concerned.

Will The Showgrounds sell out? It’s hard to imagine that it will. Sligo generally play their home matches on a Saturday night, so why not play it at 7:45pm then, allowing for travelling supporters to either stay the night or at least not have to spend the entire day on the road, as is the case with an early evening kick-off?

Then there are the fans of both teams who are back at full-time education, those who may have to negotiate their way to colleges in various parts of the jurisdiction.

The same for those who work away from either Sligo or Louth. Sunday evening/night is generally when they travel back. What about them?

Just like the desperately organised EA SPORTS Cup decider time, the September 29 semi-final was clearly fixed without thought for the Dundalk supporters, who will undoubtedly still travel in their droves, despite it playing havoc with their weekend.

Not that it should have been a decisive factor, but the game also clashes with GAA club championship fixtures in both Sligo and Louth, that Sunday being the junior final date in the latter.

Granted it’s a sensible move to organise Shamrock Rovers’ last four tie away to either Bohemians or Crumlin United for the Friday night, given the potential difficulty of policing the affair, the FAI have otherwise made a dreadful error in allowing RTÉ to dictate the scheduling of the competition’s final knockout round.

And the Bit O’ Red won’t receive a penny in compensation for the loss of revenue.