Did you ever hear about the time Joe Carroll's failure with 'a Cluxton' cost Louth the points? 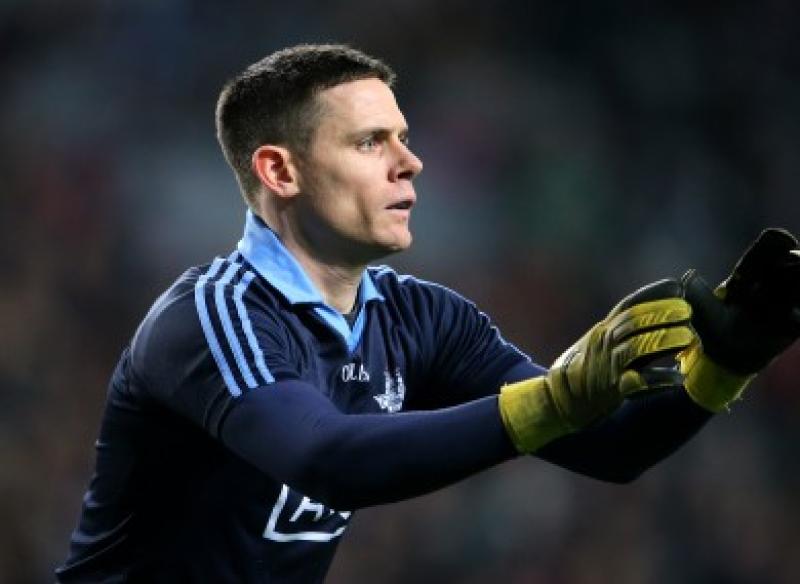 “How come you came to be in goals; I always thought you played outfield,” said a Gaels colleague the other day. He was reacting to a story which appeared on these pages a few weeks ago, on Louth's 1973 championship match with Dublin. I was listed in the hooped red jersey.

The match, a replay, had a Pairc Tailteann setting and is often recalled for a reason that would be obvious to those who spend time consulting the record books. There have been about a dozen meetings of the counties since, and in none of them has Louth been able to replicate the win of 45-years-ago. Sad, but true.

By then I'd been in goals for about . How I got there is not the stuff of a great story, but worth telling if only to highlight how things were run in the days before managers came into fashion.

Louth had a pre-Christmas 1972/'73 National League match with Tyrone at Pomeroy and I was among the subs. Seán Toal, formerly of Gaels and Dowdallshill, but at the time living in Drogheda and playing with O'Rahilly's, had been picked in but didn't make it to the game.

Seán had an English soccer team which he called 'we' and was over the day before to see them play. In those days the weekend trips were usually taken by boat, and maybe because there was a rough sea, he didn't get home in time for the lift northwards.

Most teams, even those wearing county colours, wouldn't have had a reserve goalie back then. Louth was one of them - and to fill the gap, the selectors took a look at those of us numbered 16 upwards for a replacement. I think I got the nod because I was the tallest of the bunch, and, as a full-back, had previously been assigned to kicking out the ball.

Tyrone had Frank McGuigan (pictured) playing with them, and the Ardboe , who, later that year, was outstanding in a first Ulster title coming to the Red Hands since 1957, scored lots of points. (McGuigan's career, laced with a brilliance that earned him an All-Star and a second Ulster medal, was cut short in a traffic accident.)

But we played well, and with the game drawing to a close showed a couple of points ahead.

We got a kick-out, and rather than land the ball in the middle of the field - and may the best man win it - I decided to do a 'Stephen Cluxton' and play it short to Danny Nugent at . The only problem was, Danny didn't know anything about it. The ball was intercepted and after that didn't leave a Tyrone hand until it ended in the back of the net. Beaten by a point.

As he was an innocent bystander in the game-losing incident, our full-back, Tom Connor, must have asked himself “What's going on here”, when, on the following Saturday Paddy King's report in this paper named man as the one who took the kick-out.

Heroically, Tom has carried this burden of blame around with him for four-and-a-half decades without complaint - while the only penalty I incurred was to be returned to the subs for the following Sunday's game with Donegal at Ballybofey.

But although restored to the No 1 spot, Seán Toal once again failed to put in an appearance. (Seemingly, his Saturday team had a second successive home game). I was back between the posts, and my only memory of the game is of Joe Winston blasting one past me from close range. Donegal won.

There was a huge crowd from these parts in Ballybofey that day, but not to see us play. A few hundred yards down the road from MacCumhaill Park, Finn Harps were entertaining Dundalk in a League of Ireland tie.

At that time the National League programme was divided, three games taking place before Christmas, the rest the New Year. When we reassembled, Jimmy Mulroy was ensconced as the county's first team manager, with me as one of his assistants. And as one of my tasks was to help pick the team, I had a bit of an advantage when it came to naming the goalie.

Flush with renewed enthusiasm, we won our remaining four matches in the league, but the eight-points weren't enough to earn us promotion. Then came the championship – a defeat of Carlow at St Brigid's Park followed by that win over Dublin, which, with the passage of time, is gaining in a status it hardly deserves.

The defeat by All-Ireland champions, Offaly, a short time later ended my stint as .