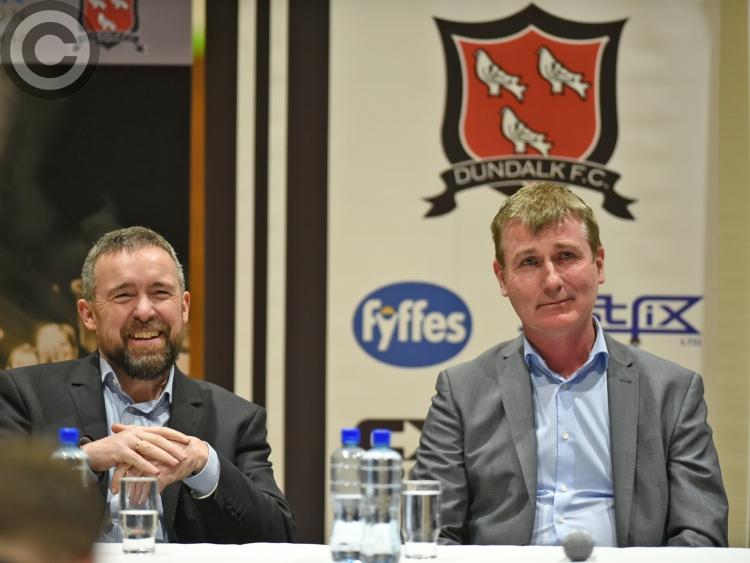 The objectives of Dundalk FC's new owners were made abundantly clear on Sunday night; domestic dominance and European progression are their main priorities.

Of the five men on stage - Malachy Brannigan (new CEO), Stephen Kenny (team manager), Fred Spencer (investor), Jordan Gardner (investor) and Mike Treacy (investor and chairman of the board) - at the YDC on Sunday night, Englishman Brannigan was the most vocal when responding to the different issues raised by the huge band of supporters in attendance.

And, speaking to The Dundalk Democrat afterwards, the former Sheffield United CEO put the investors' aims and wishes for the club in no uncertain terms.

“I've worked for a number of different clubs and I think every single one of them provides opportunity to see what we can improve, what can we change.

“The fact that the group stage success (Europa League 2016) and getting so close a couple of years ago, people are now aware of Dundalk and we need to build on that year-on-year and like the BATE's and the other clubs who come from, I suppose, the smaller leagues throughout Europe, we can punch above our weight. We have an advantage and we should use that to the most we can.

“You look at it and how well the manager has done over the five-years, coming into the sixth year that Stephen (Kenny) has been in charge. He's built the football club up over time with a very tight staff and he's done extremely well with the players.

“The guys have come in and bought the football club. They have bought, and I'm going to work for, a successful football club already. We're not coming in and trying to fix something, we're trying to improve it, so why would you change anything that's currently working well?