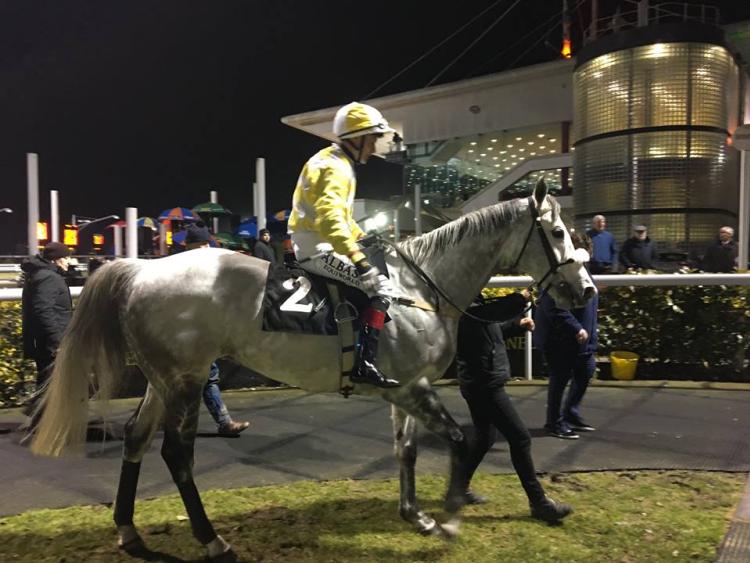 Racing at Dundalk on Friday produced its usual compelling array of stories, including a double for Pat Smullen, a first win for apprentice Conor Heavey, success for a beautifully-bred three-year-old and another win for the Tracey Collins-trained Captain Joy.

Despite being weak in the betting (7/2 from a morning price of 15/8), Captain Joy ran out a comfortable winner of the €25,000 Sun BETS Race in the hands of Pat Smullen. This race was a Fast-Track Qualifier for the valuable All-Weather Championships at Lingfield Park on March 30, a meeting where Captain Joy was successful in 2016.

Tracey’s cousin, Trevor Cunningham, recounted afterwards how ill Captain Joy had been last year with a stomach condition. Tracey’s skill in overseeing the nine-year-old’s return to health, let only racing, speaks volumes about her.

Trevor remembered with emotion the first day that Captain Joy arrived at Cunningham Lodge in County Kildare. They soon realised what they had on their hands and, with a warm smile, Trevor said, “A lot of Christmases were paid for when he won here (on December 23 in 2011, his first win).” The horse is well-named, for he holds a special place in the affections of all connected with him.

Pat’s double was completed when debutant Karakour battled gamely to win the Meridian Security Limited Maiden in the colours of the Aga Khan for trainer Michael Halford, who has now won this race for the last four-years.

Young Conor Heavey had a night to remember as Gunmaker, having his first run for Gavin Cromwell won the second division of the Irishinjuredjockeys.com Handicap at odds of 20/1. Conor hails from Duleek, County Meath.

The beautifully-bred three-year-old winner was Joseph O’Brien’s Palace Guard, owned by the Annus Mirabilis Syndicate and ridden by Joseph’s brother, Donnacha, who won the Esther McGahon, McGuinness & Co Solicitors Handicap. He is by the dual French Classic winner, Shamardal, and his grand-dam is Height Of Fashion, dam of such horses as Unfuwain, Nayef and the great Nashwan, winner of the 1989 English 2,000 Guineas, Derby, Eclipse Stakes and King George VI & Queen Elizabeth Stakes.

Noel Meade’s She’s A Star (Shane Foley) is proving well-named as she landed a fifth career win in the €25,000 Marshes Shopping Centre Handicap for owners Philip J. Meade Partnership and Guanabara Bay (Robbie Downey) justified market support in landing the first division of the apprentice handicap for Ado McGuinness in the colours of Sean Gallagher, who had seven winners at Dundalk in 2017.

He is not alone in being a fan of the track, as a night of Joy can testify. The next meeting is scheduled for Friday January 19th, with a start time of 5pm.