The build-up to next year's World Cup will be all about one team, says Joe Carroll 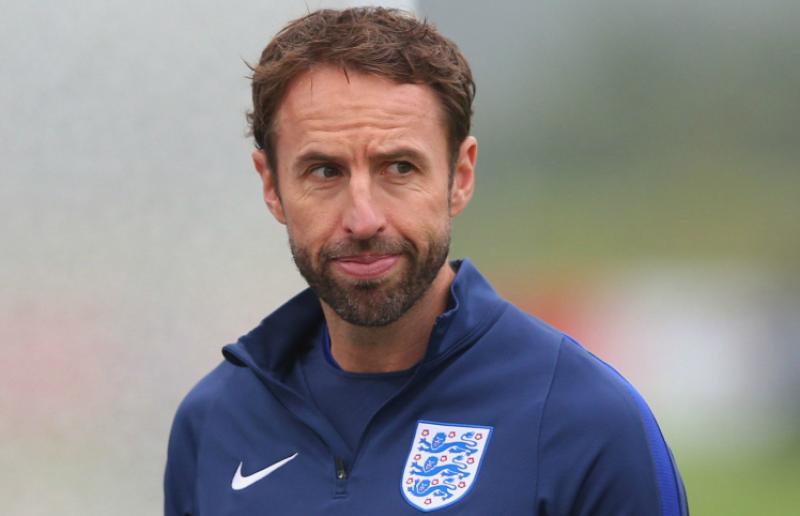 The draw had only been made when the hype began. “The last eight, at least,” was one comment. “Belgium the only threat,” was another. But match this: “Southgate can take us the whole way.”

England, but not Scotland, Wales and the two Irelands, are headed to the World Cup finals next summer. The draw, made in Moscow where the final is scheduled for July 15, has bracketed the Three Lions with Vincent Kompany's team, Panama and Tunisia in Group G. The top two finishers in each of the eight groups go into the curiously-named Round of 16.

The headline writers are among the more bullish, unconcerned, seemingly, about what happened in the recent past. Caution is being thrown to the wind; it's as if Iceland didn't happen at last year's Euros.

Well, not everyone whose job it is to conjure up the words that go into big print at the top of the page is going overboard. “In with a shout,” wrote one of them, quickly adding a question-mark before dispatching his/her thoughts off to the pre-press department. (There still is a pre-press department, isn't there?)

England were drawn alongside Algeria, Slovenia and the USA in the 2010 World Cup finals. Call the USA Yanks and take the first letter of each country in the above order and you have the word used by one 'paper to describe the draw.

England did enough to advance, but it wasn't easy. When it came to the knock-out stages they were booted out by Germany – around the same time, incidentally, as Louth played Meath in the Leinster final.

For every one who claimed Fabio Capello's England were hard done by, there were hundreds who felt the Croke Park result was 'wrong'.

If only that it would give a bit of balance to the coverage over the next six months, it's a pity the Republic of Ireland, or even one of the other three teams from around these parts, didn't go through. The focus is going to be on only the one team, with maybe headlines like “Kane has able ally in Vardy” (Sorry).

Five teams from the English Premier League have qualified for the latter stages of the European Cup, and even if this is not a record, it demonstrates the height to which the competition's standard has risen.

That's good for our neighbour's chances next summer? Not really. It's the influx of foreign players who've had the greatest influence, and several of them will be lined up against Southgate's students with the world's greatest alongside them.

The final comes up three days after the Orange men - along with the women and children - have their day out all over Ulster, and the day before that, in Donegal's Rossnowlagh. Could that be an omen, the country where Billy first saw the light of day being one of the contestants, and maybe even the winners of the competition?

If this were to happen it might just take some of the bad look of that result at The Aviva a number of weeks back.