'The fear factor is back at Oriel' 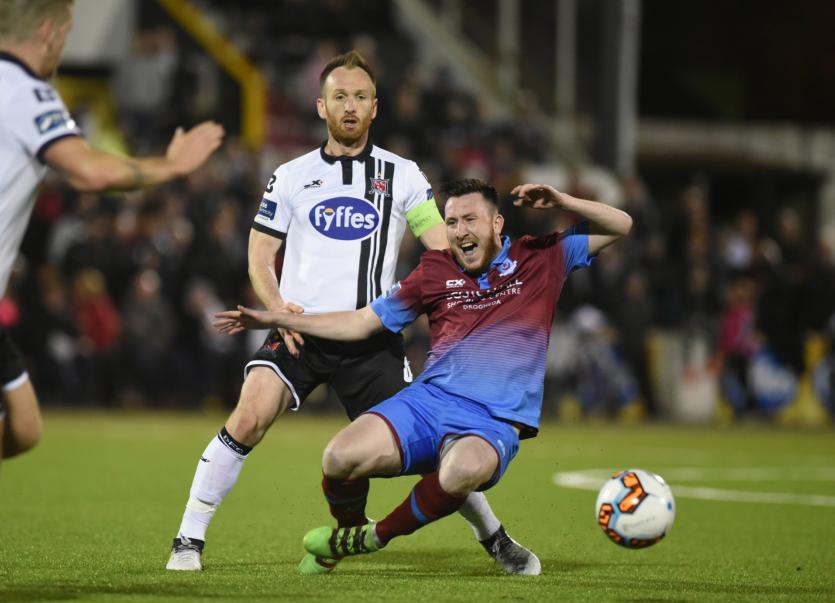 “We’re on a rich vein of form and teams are coming here and fearing it again,” O’Donnell told The Dundalk Democrat.

“We might have lost that a bit for the first part of the season but it’s back now because we’re racking up the comprehensive wins.

“At the start of the season, it was everything combined that was letting us done. We weren’t keeping clean sheets like we were and we weren’t scoring at the other end, or certainly as many as we are now.

“But everyone has got their confidence back and we’re hitting form and you can see that because we’re far more cohesive. And as I said, teams are starting to fear coming to Oriel again which is always a good sign,” Dundalk’s captain added.

Having suffered a recurrence of his troublesome hamstring injury, O’Donnell made his first appearance in nearly a month in last night’s victory and he was pleased to put a ‘frustrating’ number of weeks behind him.

“It was good to get back after a frustrating couple of weeks and it’s always nice then when you come on and you’re 4-0 up because I got to use the last half-hour as a fitness exercise.

“I think it’s just about trying to get minutes under my belt and I supposed the manager was mindful of that.

“We’re also coming to a stage where next Saturday is the first of four games in nine days so it’s going to be a busy schedule, everyone is going to be used so it was important to get everyone who hasn’t had much match practice up to speed because you’re probably going to be thrown in in some of those games.

“Tonight was a good workout from that point of view in that the manager could afford to bring on a few lads in a comfortable situation,” O’Donnell said.